We emphasized that this storm would have some surprises with it…. well, SURPRISE!! ?
As the upper level low pressure exits SLOWLY to our southeast, the snow bands around it are now rotating into the Hudson Valley from the northeast.

Albany (ALB) Area Radar Loop:
6:30pm – 8:30pm
Hudson Valley is at the bottom of the image (POU – Poughkeepsie, MGJ – Montgomery, SWF – Newburgh)
The darker greens and yellows are indicative of snowfall rates at 1 to 3 inches per hour.  Guidance has struggled greatly with this banding event, failing to pick up the intensity of the snow that is falling.  Alex has reported 3.5″ of snow since 6:30pm at the HVW station in Hurley.  The National Weather Service in NYC just issued a snowfall map from 7pm through Tuesday that has 4 to 8 inches of ADDITIONAL snow for the I-84 corridor on south.  That may be a bit ambitious, but we’re basically riding this out and we’ll see how it plays out.
Expect rapidly deteriorating conditions over the next 6 hours.  Guidance currently suggests this tapers off completely after 3am, but guidance has increase snowfall projections each hour for the last 3 hours… now settling on roughly an additional 2 to 5 inches of snow for most of the HV.
The storm that never ends, is hitting us with what feels like Round 37.  Stay warm, stay safe… more updates as needed.
6pm Update below….
We’re in the home stretch now, Hudson Valley.  The radar shows that the snow is now rotating in from the northeast, which is a sign that the upper level low is beginning to move away.

On this radar loop, you can see that much of the Hudson Valley has seen the snow taper off to snow showers, with just a few pockets of heavier snow.  But off to our north, you can see another moderate to heavy band of snow beginning to push southward, into the Hudson Valley.
Over the next few hours 6pm to 12am… we should see this band of snow rotate southward, as the deformation band of snow sets up over the Hudson Valley.  This band, is projected to be over the central and eastern Hudson Valley… meaning that for our friends in the Catskills… this storm is just about finished.
For the majority of us in the Hudson Valley, another coating to 3 inches is possible, depending upon location.  The heaviest snows are projected to the SE of a line from Port Jervis, up toward Ellenville, up toward Kingston and then to Hudson.  Basically Dutchess, Orange, Eastern Ulster, Putnam and Columbia counties stand to see the best of what’s left. 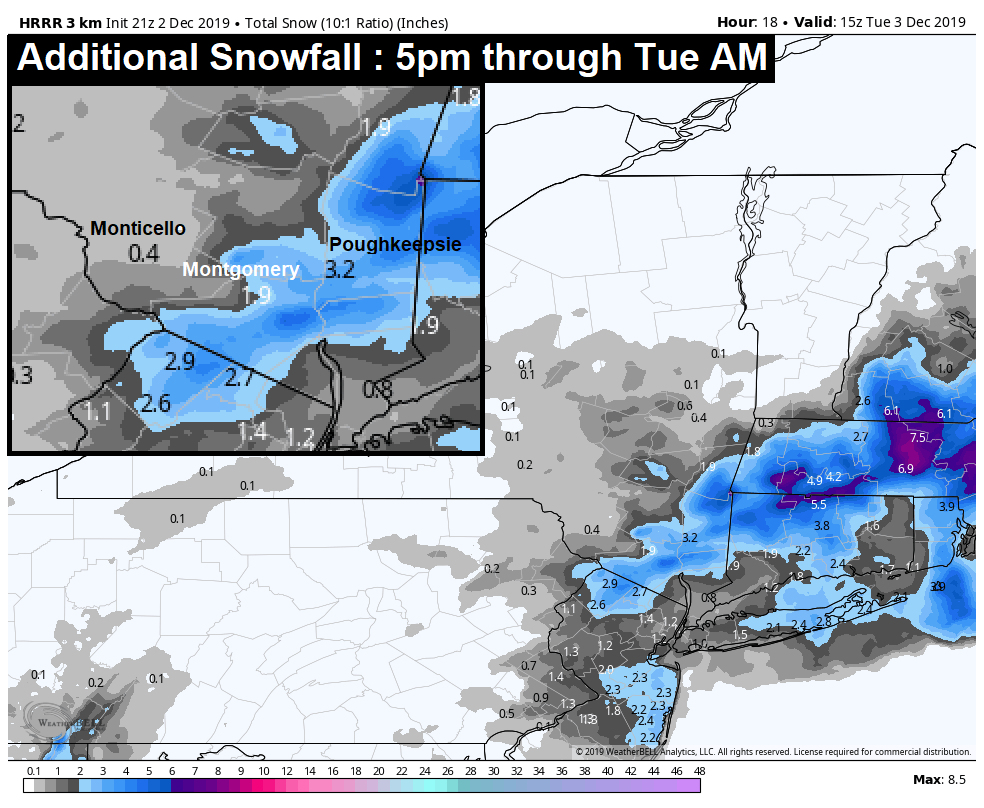 As our neighbors in the Capital District can tell you, this band of snow means business… reports of 12 to 20 inches of snow in parts of Greene and Albany county.  In part, because of this band of heavy snow that has been rotating SW.  Guidance suggests this band of snow will move south through the valley over the next several hours… but if we’ve learned anything from the last 36 hours, its that guidance is struggling to handle the snow bands we’ve seen around the region today.
We’ll have more over the next few hours… take it slow on the roads this evening. 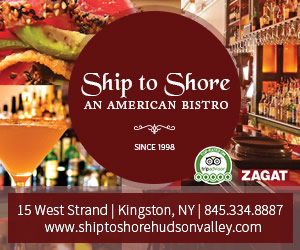