We have an active pattern developing across the region over the next two weeks, starting with another snowpack crushing rain event on Saturday. An area of low pressure will track over the region, a track like this most certainly always means rainfall instead of snow. As the storm pulls north it will deepen into a mature cyclone, this will lead to windy conditions developing in the wake of the storm, this will help to advect colder air into the region with rain possible ending as snow across the Catskills, especialy the western half. Mild air will once again be drive into the region with this inland track, highs in the 40’s and 50’s coupled with a moderate to heavy rainfall will once again cause enhanced snowmelt and increased runoff, only localized areas of flooding are expected with noticeable rises on creeks and streams. Rainfall amounts will be quite impressive given the widespread heavy rainfall we just had a few days ago, below is the Euro model rainfall forecast for this upcoming storm. 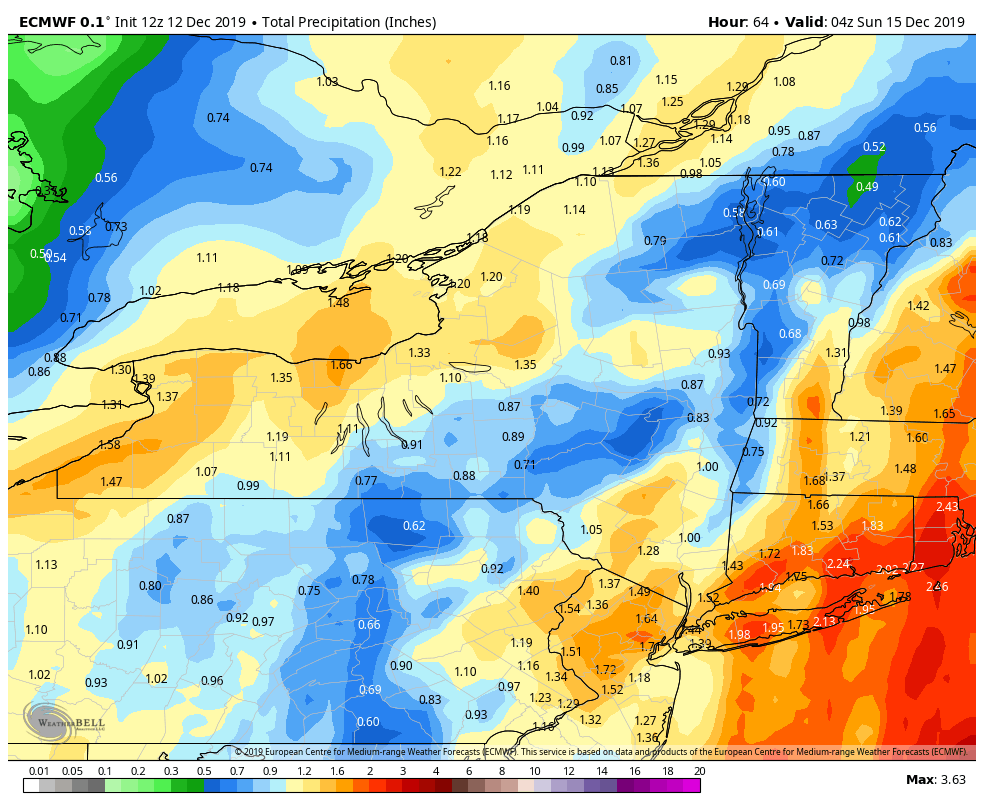 The weather drama doesn’t end there, in the wake of this system colder air will filter into the region and set the stage for the next system poised to impact the region Monday Night into Tuesday. This storm will track to our south, that will allow the for a potentially wintry outcome this storm. The exact track of the system will determine how much snow vs ice vs rain will occur. We still have some time to work out the details on this system but keep this wintry potential on your radar for next week, below is a projection of what we may be dealing with on the day Tuesday. 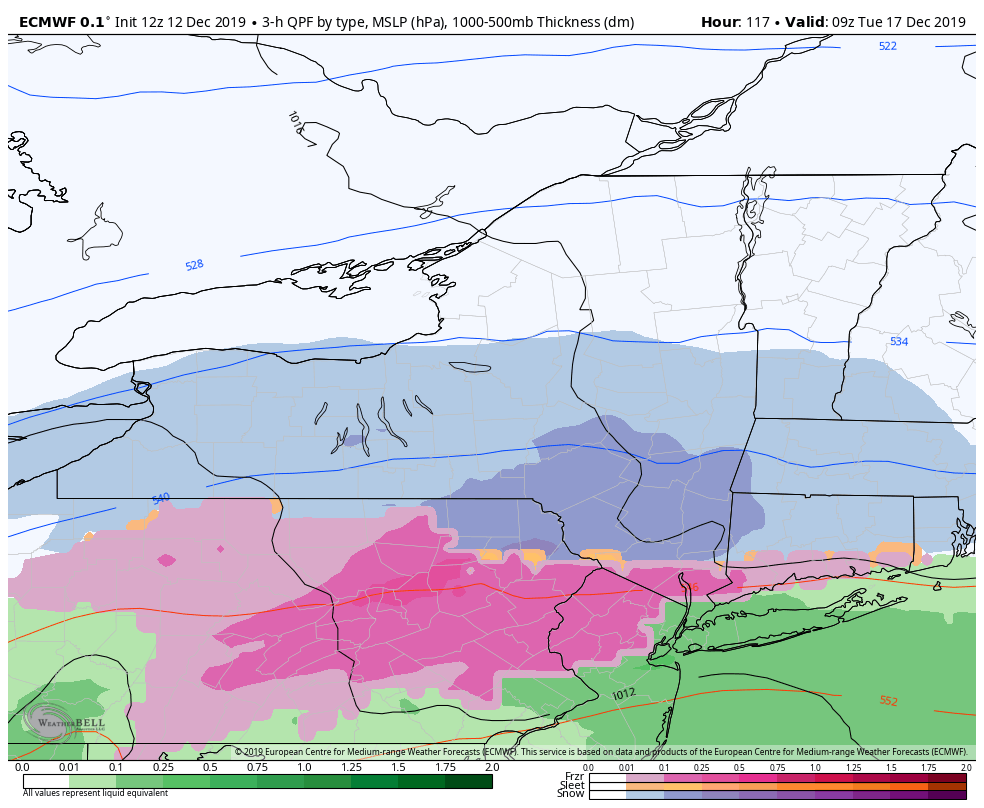 Wish we could say that things calm down beyond this period but we are monitor the potential for a very active pattern that may bring additional winter storms into the region into the Christmas period, we will continue to keep you abreast of any changes to these storms over the next several days.