It’s been a tumultuous 72 hours across the region as we have navigated through, multiple microburst, straight line wind damage, impressive lightning storms, flash flooding and now we move on to the potential impacts from Elsa as it moves up the coast.

Attached is both the latest HRRR and NAM model for the next 18-36 hours, there are some similarities to note, first off is that both models are showing a new batch of heavy rainfall moving back into the region tonight into the early morning hours of Friday, a look at the radar as of 530PM justifies this with downstream observations showing more moisture beginning to reload to our SW. Both model also show a fast moving hit of showers and storms late Friday night as well as Elsa pulls away. Where the models diverge but only slightly is on the NW extent of the impacts of Elsa, the NAM model really suppresses it to the SE with the largest impacts being across only are most SE zones. The HRRR on the other hand is slightly more NW with its impact, the final outcome will be hard to nail down as the models struggle with the slight jogs in it’ track. Also attached is additional rainfall amounts as projected by each model, you can clearly see the impacts the SE track has on the NAM’s rainfall outputs vs the HRRR.

Either way it is important to watch as a track further SE will lessen the flash flooding threat across most of the region, especially across the zones that were already hit today with 3-5″ of rain. Either way, more heavy rain is moving in this evening, winds will also increase, the only detail to be ironed out is will Elsa spare us it’s worst and only graze the region as it passes by. Keep in mind that even tonights rain is technically the result of Elsa as its lift and its approach is solely responsible for the stalling and movements of the troublesome frontal boundaries and the moisture breaking out ahead of it. Nevertheless, avoiding its main shield of precipitation would be beneficial to our already storm worn region.. 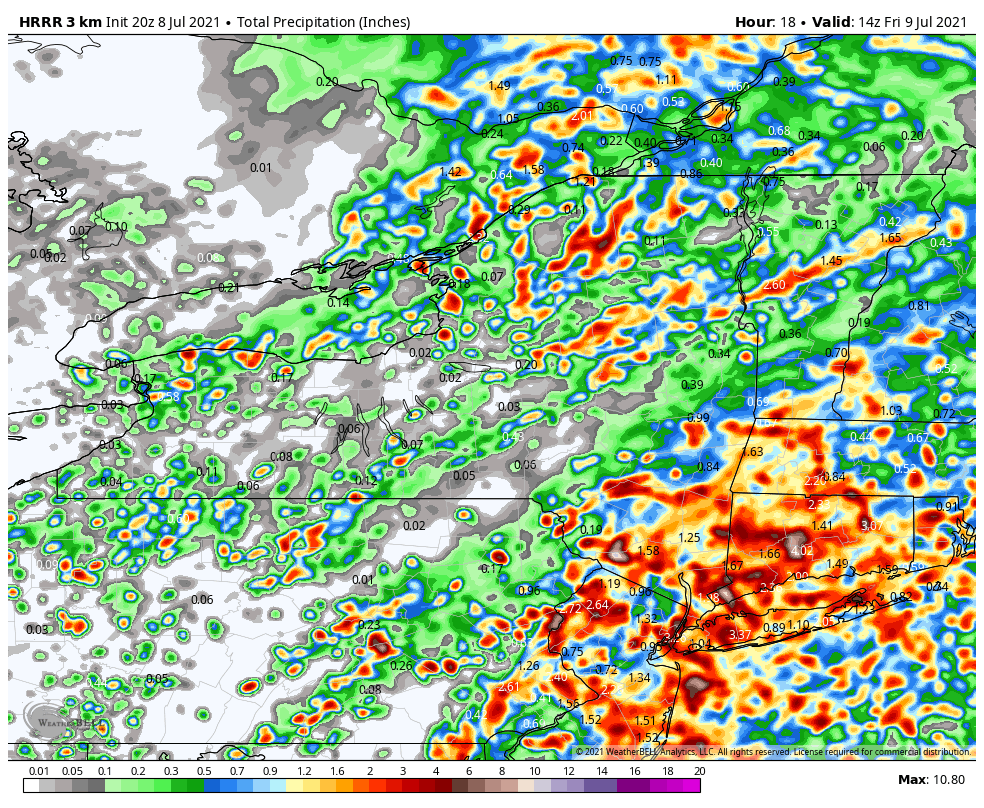 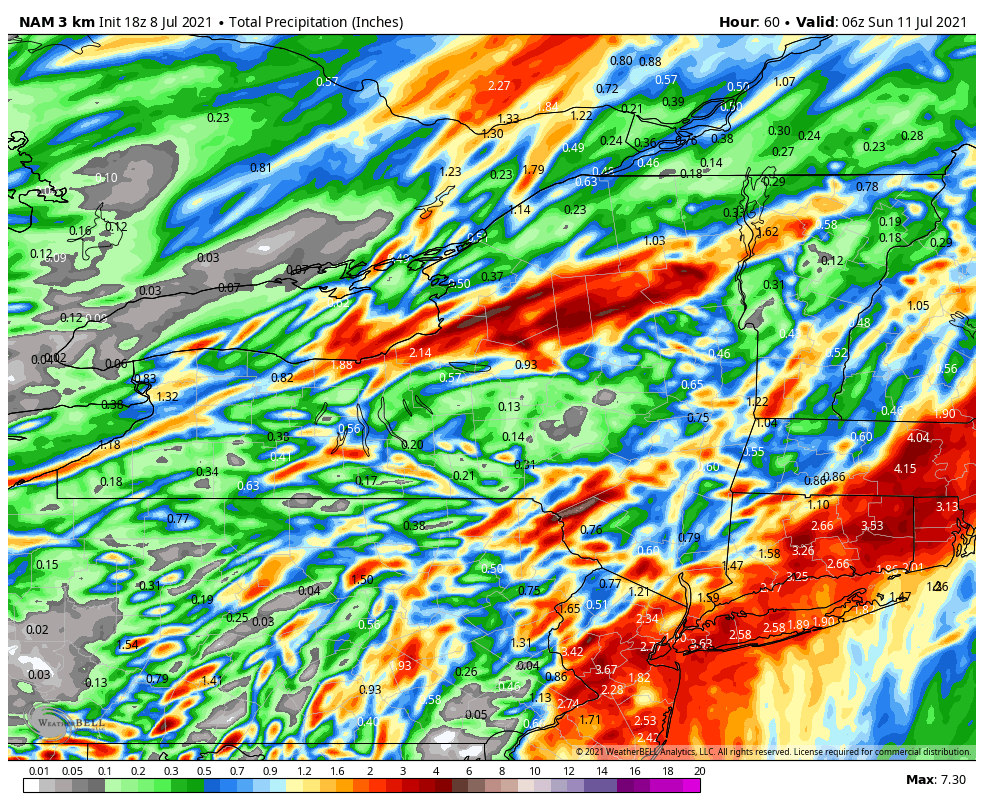 1 thought on “Direct Impact or Something Elsa?”