Last weekend we had our first snowflakes of the season around the Hudson Valley.  Some areas had a wet snow accumulation just 7 days ago, and the weekend temperatures were quite a bit below average.  This weekend, will be just about the polar opposite of that. 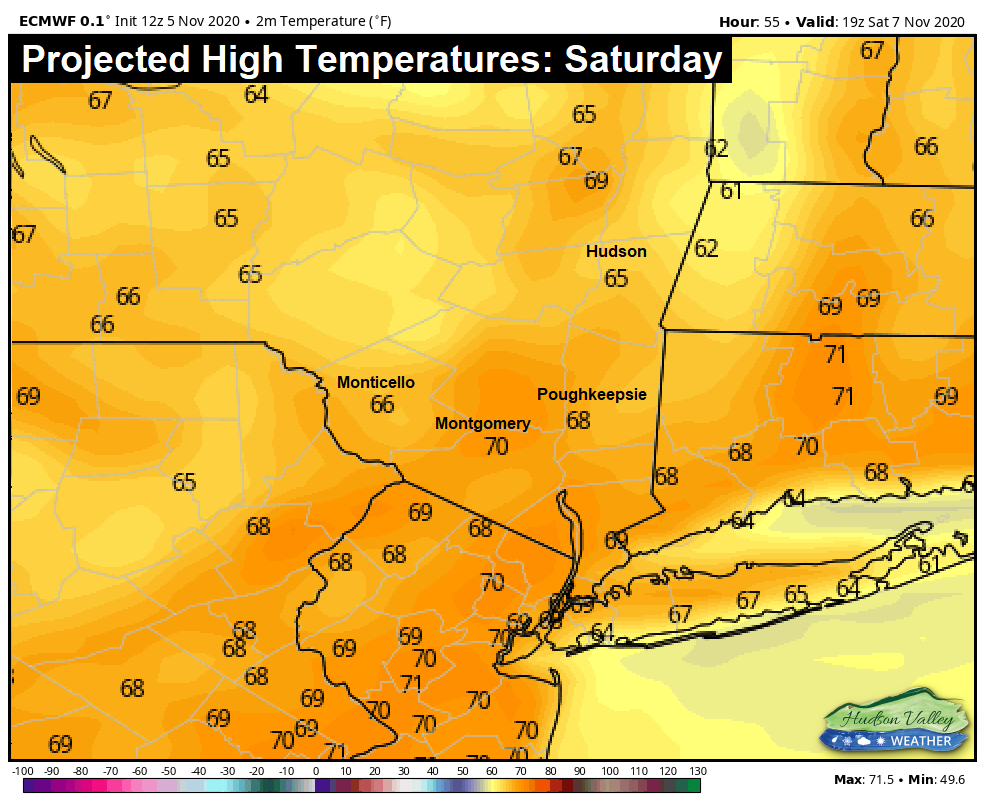 A large east coast high pressure will allow for very mild air to push into the valley.  The projected temperatures above give you an idea of what we expect to be on our plate for this weekend.  Both Saturday and Sunday look very similar.  As long as the WSW flow persists, the above average temperatures will also persist.  For now, the warmth appears likely to last through at least early to mid week next week… but could hold on a bit longer.  Along with the warmth, will come lots of sunshine and blue skies.

Not much else to say in a pattern like this, other than ‘get out there and enjoy it!’.  We know we will.  Have a great weekend!