As we close out the 2nd week of February across the Hudson Valley, Winter has a firm grasp on our region.  Over a foot of snow is on the ground in most areas, and temperatures likely will remain below freezing through the weekend.  This could set the stage for more snow as we head into next week… but for now, things are quiet.

Expect mostly sunny skies, but very cold temperatures for Friday and Saturday.  Highs both days will feature highs in the low 20s… with overnight lows Friday night once again in the single digits around the region.  We’ll see clouds advance on the region Saturday afternoon, out ahead of another weak system pushing up the east coast on Saturday night.  The system looks very disorganized, and for now… poised to spread some scattered light snow showers, possibly mixed with sleet. 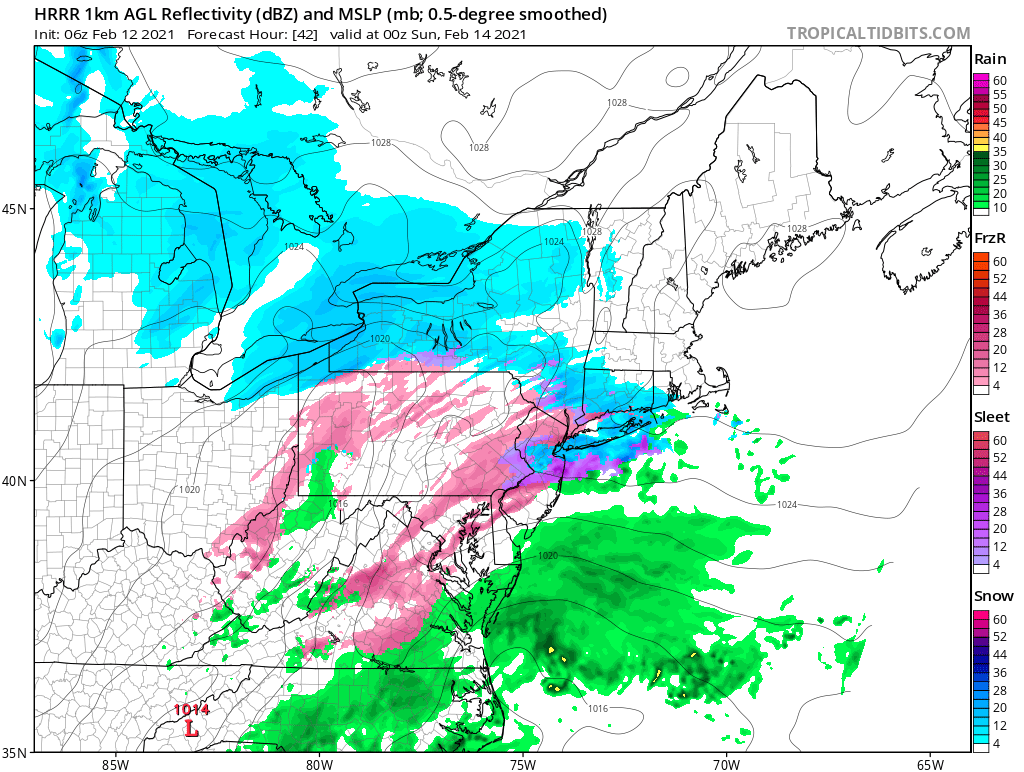 Accumulations Saturday night into Sunday morning are appearing to be generally an inch or less… but we’ll have to closely track this system, to see if it intensifies and becomes likely to provide more of an impact to our weather.

The next big threat seems to be Monday afternoon into Tuesday… as a system over the southeast moves into our area.  This system could bring a variety of precipitation with it, from snow, to sleet to freezing rain.  As of this post… it appears to be mainly snow, but the upper air pattern could force a bit more warm air into the system… we’ll have to watch it closely.

So next week appears to be quite active… but for today at least… things look rather quiet.  Have a great Friday, TGIF!