We saw the temperatures climb into the upper 80s across the region on Sunday… on Monday, we’ll see the heat and humidity in full effect. 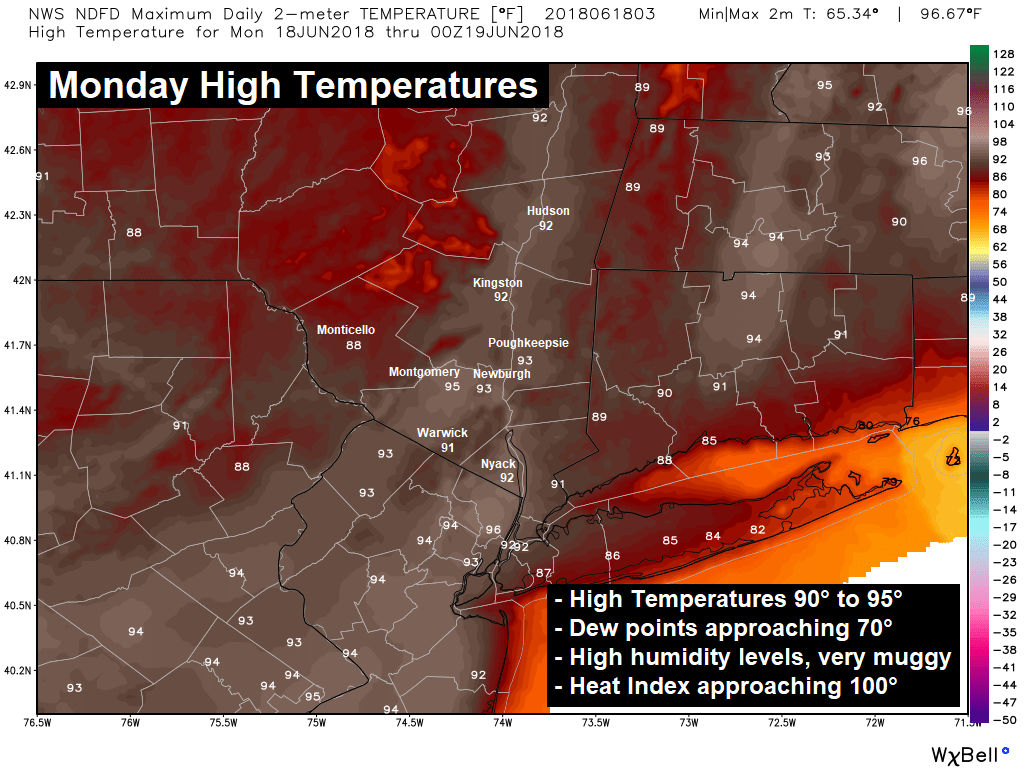 Sunshine and blue skies will start our day on Monday, but the heat and humidity will overshadow the sunshine.  A SW wind will usher in some humidity and by mid day, many of us will have temps around 90°.  Highs by mid afternoon on Monday will top out between 90° and 95°.  But the rising dew points around 70° will make for ‘real feel’ heat index values between 95° and 100°. 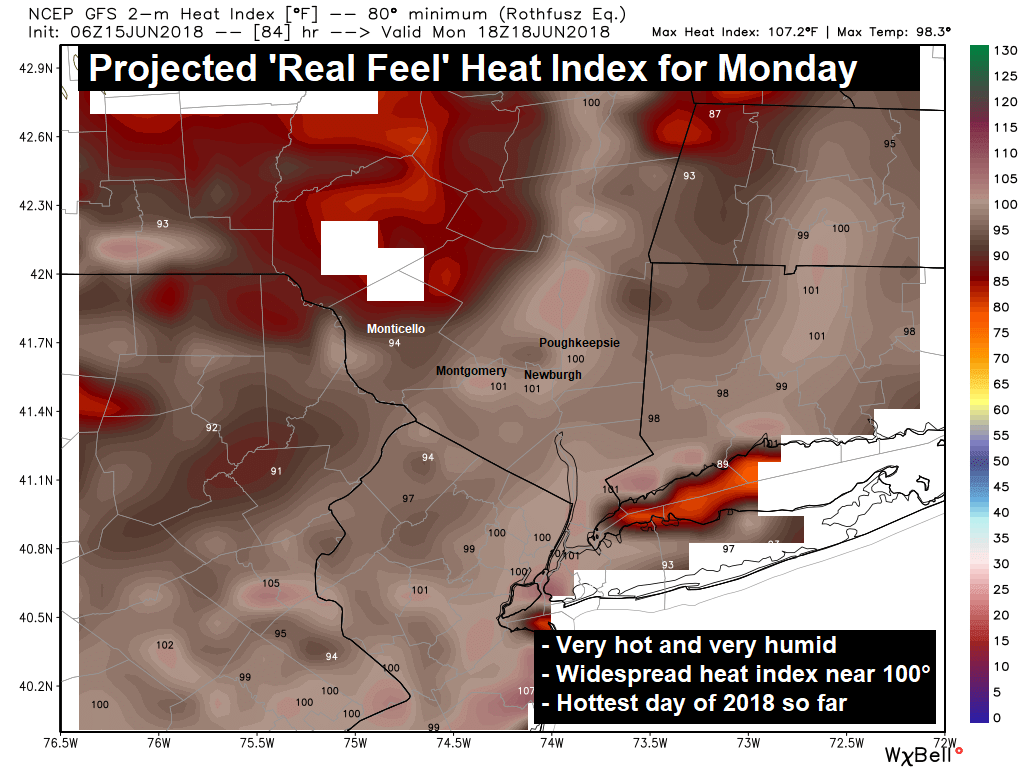 So the heat and humidity will be the highest it’s been so far in 2018 on Monday.  But as luck would have it, we’ll have another weather story on Monday.  As the heat and humidity arrive in the Hudson Valley, it will be met by a cold front dropping south from Canada.  That will result in some atmospheric instability, and it could touch off some scattered showers and thunderstorms during the afternoon, and a few could be severe. 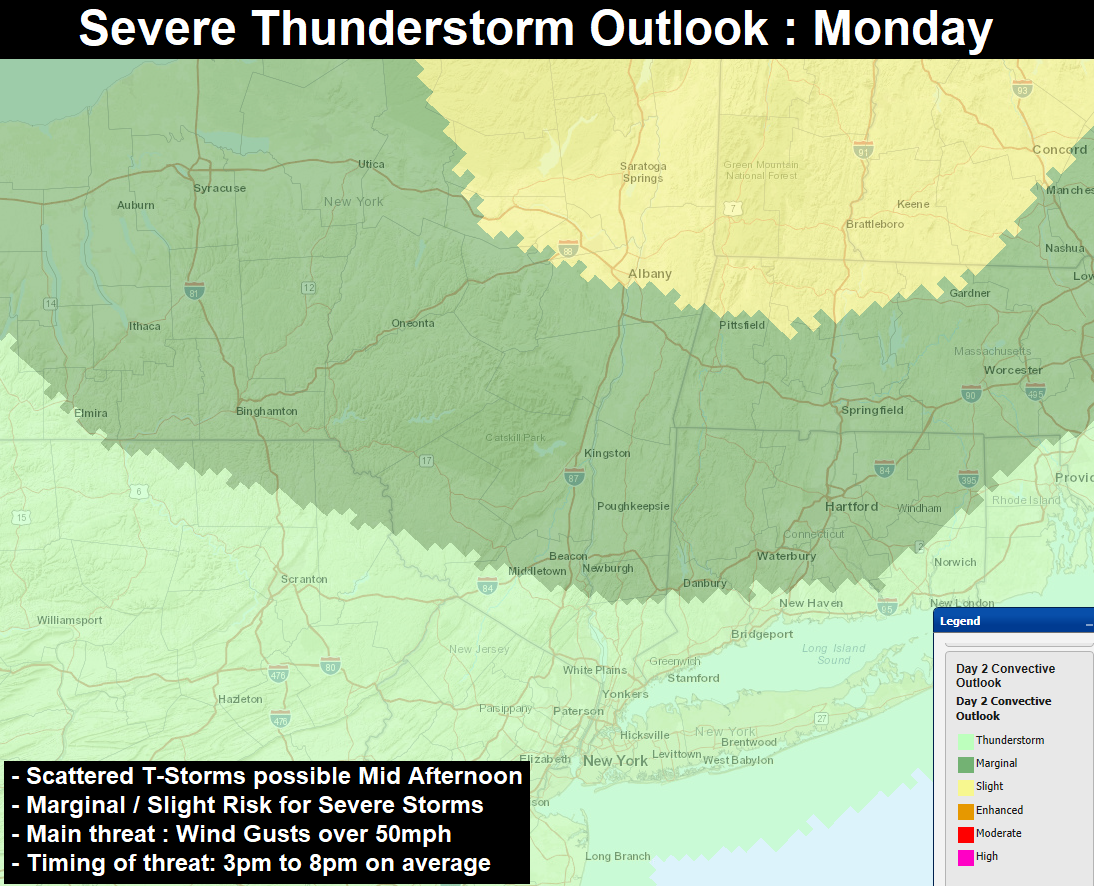 The National Weather Service currently has the severe weather threat focused just north of the Hudson Valley.  It wouldn’t surprise us to see that “Slight Risk” area shift further south, into the Hudson Valley on Monday.  The reason is that a broken line of scattered thunderstorms is likely develop between 2 to 4pm, and push south during the late afternoon.

Futurecast Radar : 9am Monday to 6am Tuesday

We’ll have scattered showers and thunderstorms develop to our north, and push southeast during the afternoon.  In terms of the scope of this severe threat, it’s not nearly as large as the major severe weather outbreak we experienced about a month ago (On a scale of 1 to 5… Monday’s threat is between a 1 and 2… while the major outbreak last month was a 4).  But we will have to watch the storms as they flare up, as a few could become severe.

We’ll try to share updates on social media as things develop.  But a busy weather day to start our work week, with heat and humidity… and the threat of scattered strong to severe storms.  No matter the weather, we hope you have a great Monday!