After a taste of winter on Friday, we’re going to have another preview on Monday around the Hudson Valley.  Late on Sunday, a cold front with rain showers pushed through the region, in the wake, are howling NW winds.  Those NW winds are pushing much colder air back into the region for our Monday. 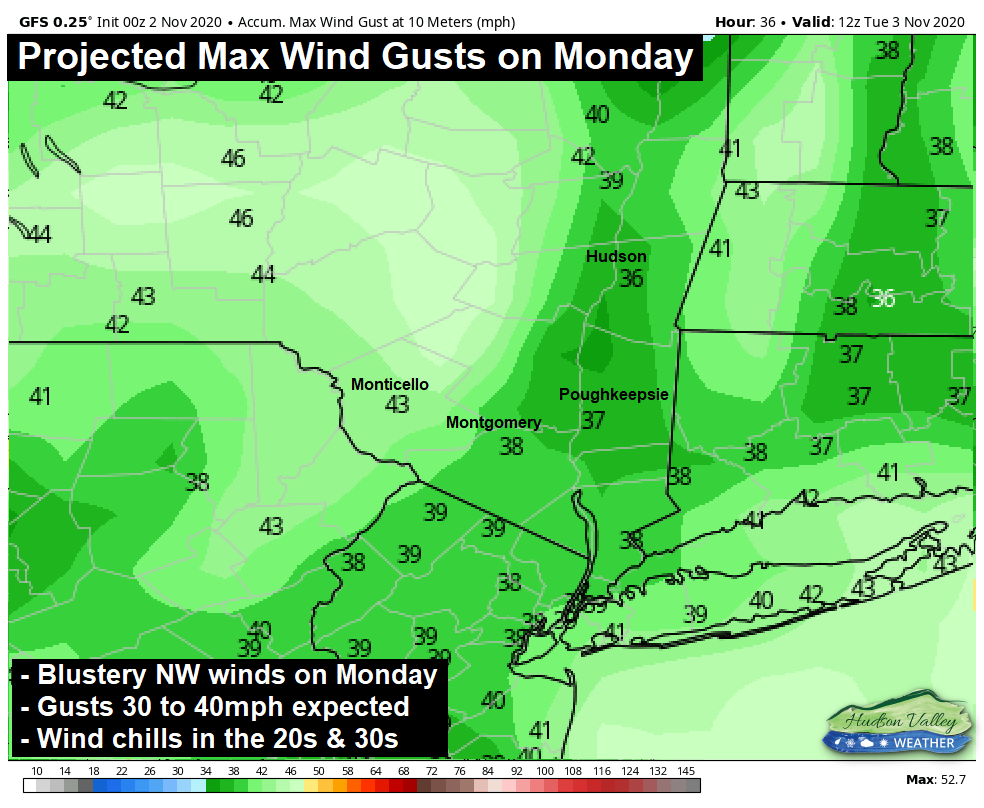 NW winds will blow at 10 to 20mph, gusting over 30mph at times.  These cold winds will rush over the Great Lakes, and generate lake effect snow showers and flurries across parts of the region on Monday morning.  Especially in the Catskills, where an accumulating coating to an inch or two can’t be ruled on on Monday.  In the valley… it’s more likely that we just see some flurries or a brief snow squall with little to no accumulation.

But the other big story of the winds… will be the wind chills.  Highs on Tuesday may be close to 40°, but it will never feel that warm. 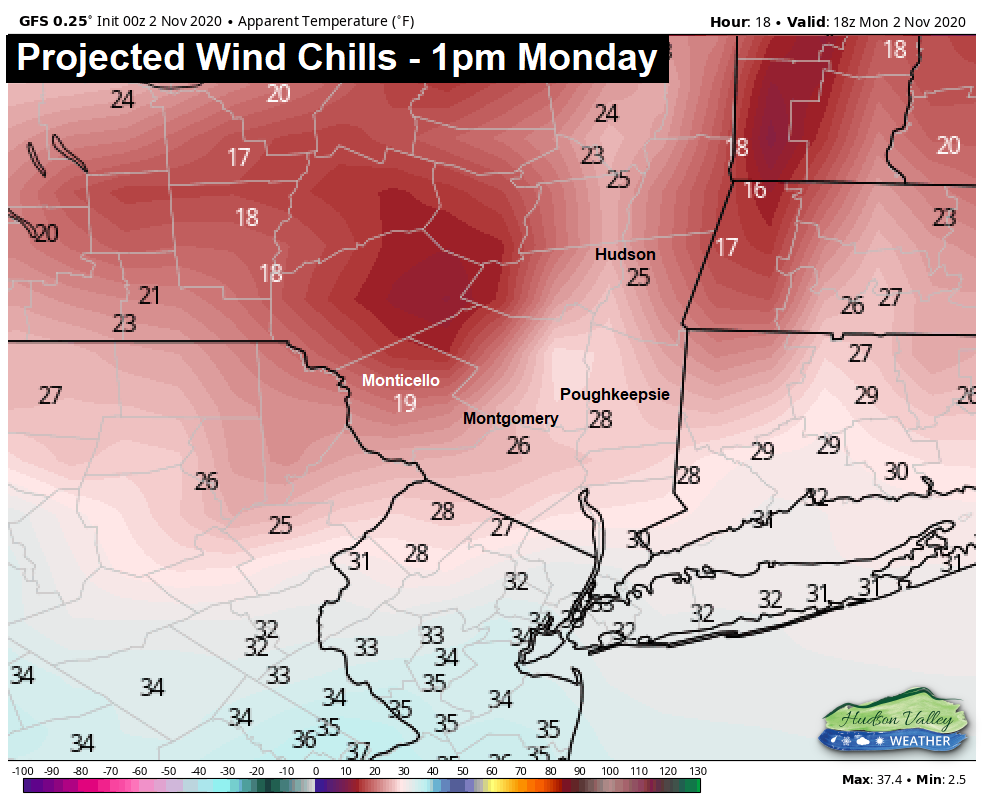 Strong winds out of the northwest will make it feel like the 20s for most locations, and possibly even the teens for our higher elevations.  Some potent chill for the beginning of November.  Make sure you bundle up properly on Monday, because the chill will definitely be felt around the valley.  Tuesday will have a similar chill, with a chance of early morning snow showers… before the sun returns for Tuesday afternoon, and temps again in the 40s.  But again, because of the winds… wind chills will be in the 30s all day on Tuesday as well.

The next few days….

As we move through the week, we’ll see things begin to change.  Temps will moderate, as winds turn out of the southwest on Wednesday.  Southwest winds will pull highs on Wednesday back into the 50s, which will feel much milder, after the wintry winds of Monday and Tuesday morning.  The SW winds will continue through the 2nd half of the week, making for highs in the upper 50s and low 60s before the end of the work week… something to look forward to.

We hope everyone has a great start to the week.