A Heat Advisory is in effect the Hudson Valley on Monday. 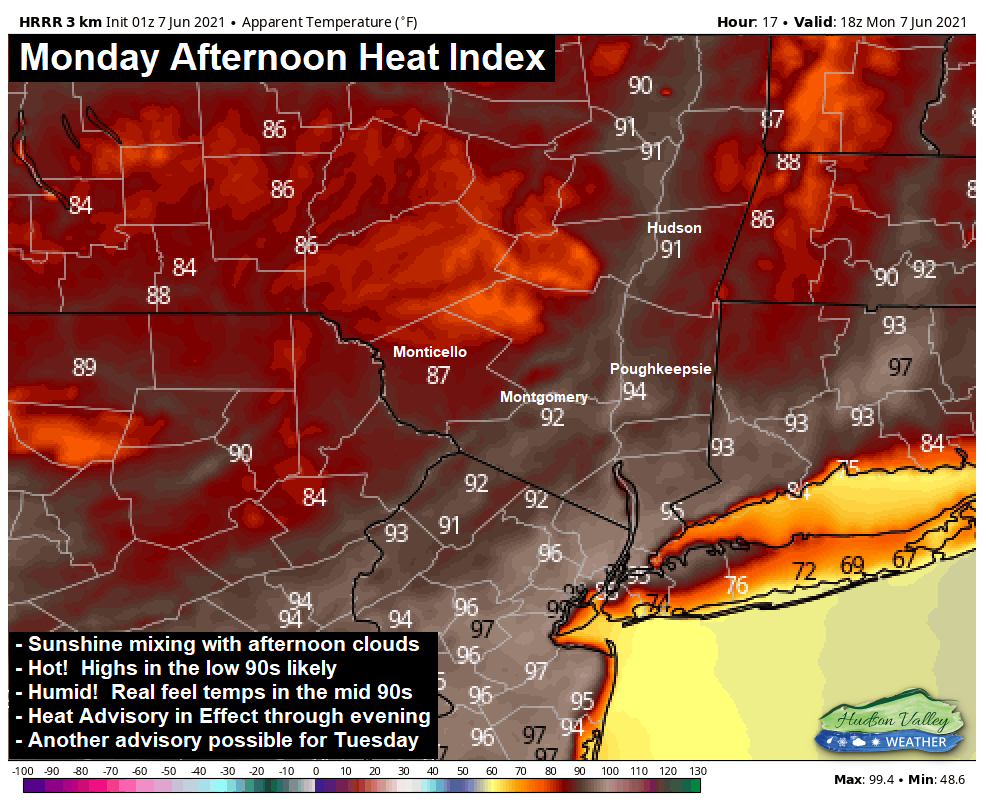 Sunshine will mix with increasing afternoon clouds, as the heat builds quickly on Monday.  Highs on Monday are likely to be in the low 90s, but the humidity is likely to be higher than in previous days.  That will mean higher real feel temps, or “heat index” temperatures than we’ve seen the past couple days.  Heat index values in the afternoon are likely to reach the mid 90s.  Make sure you take extra precautions… like limit exposure to direct sunlight, take frequent breaks from strenuous activity, and drink plenty of water.   We’re at the time of year where people can forget the impacts of the heat, and end up with heat exhaustion in a short period of time.

Tuesday looks similar to Monday in many ways… although the chances for an afternoon shower or thunderstorm on Tuesday will be much better.  Chances of a late day T-Storm on Monday are probably about 10% to 20%. … while on Tuesday chances are likely closer to 40% or 50%.  The same will probably hold true on Wednesday as well, as we see the effects of higher humidity levels begin to show.