There is an unofficial meteorological concept known as ‘weather memory’.  It’s the idea that when a seasonal pattern sets up, sometimes the atmosphere develops a “memory” and storm systems tend to repeat the same general track over and over.  This winter, the atmosphere has settled into a pattern that has led to multiple storms of the same variety… this system appears to be another example.

Impacts:
– Low visibility during burst of moderate snow, up to 1″ per hour
– Snow covered and icy roadways, temps well below freezing
– Extended period of sleet expected, ice pellet accumulation over 1″ possible
– Icing of up to 1/4″ on top of snow and sleet possible
– Tuesday PM travel heavily impacted, possibly affect Wed AM commute 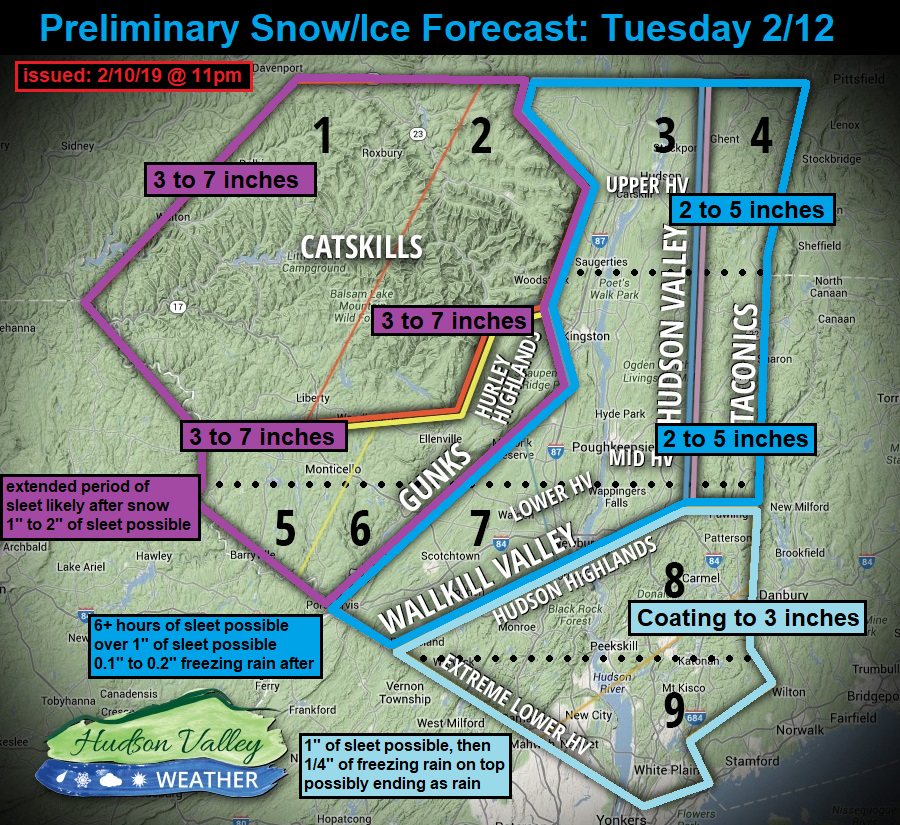 Another complicated system that will bring multiple types of precipitation to the Hudson Valley.  This has been the story of the winter so far, with each significant winter storm tracking inland, and pulling warm air up into the region.  The result will be a period of snow, transitioning to an extended period of sleet, then a period of freezing rain, and in some places ending as a period of rain.  The timing of each transition, and intensity of precipitation… will determine how much snow falls, how much sleet falls, and how much ice we see. 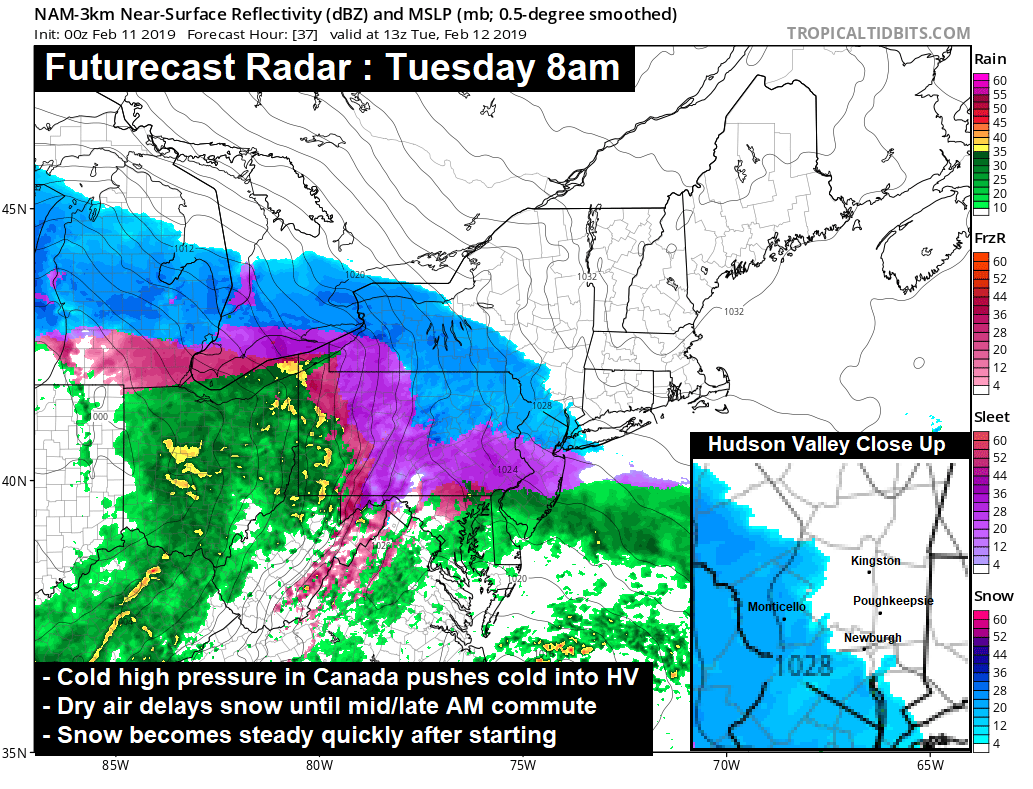 A cold high pressure in SE Canada will circulate cold, dry air down into the Hudson Valley from the Northeast.  That could delay the start of the snow through the AM commute in many areas, we’ll have to see how the timing develops.  But once the snow breaks through the dry air, it should begin to fall rather steadily to heavily at times.  Snowfall rates could reach 1″ per hour in some spots for a time.  Because of the quick progression of the mild air at the mid levels… we will only see an average of 2 to 3 inches of snow before the changeover (based on this scenario).  Should the cold be more resilient, that could change… we’ll have to stay focused on this.

But as we near mid day, the snow/sleet line is already advancing toward our area… 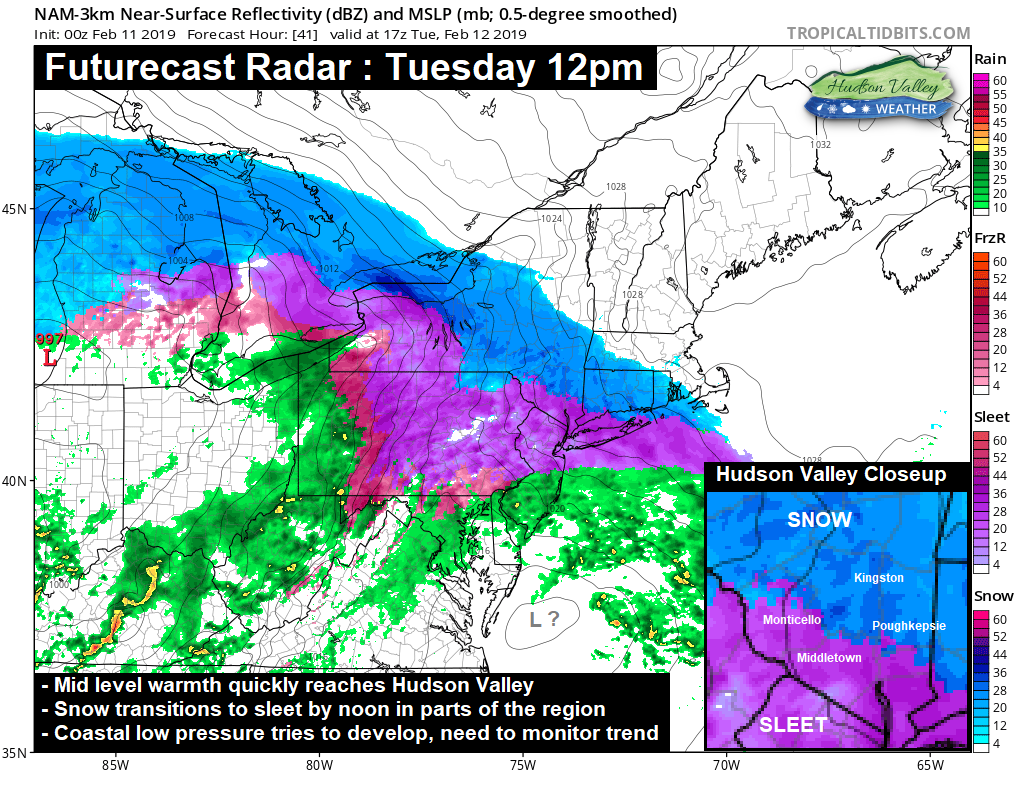 The culprit is a thin wedge of warm air between the 700mb and 850mb level… right at the cloud level.  So the transition to sleet is expected to occur rather quickly, and that will put a halt on the potential for big snow totals.  However, what is interesting, is that the warm air isn’t expected to flood downward in the atmosphere.  So enough cold air will stay locked in at the lower parts of the atmosphere and surface… that an extended period of sleet is possible. 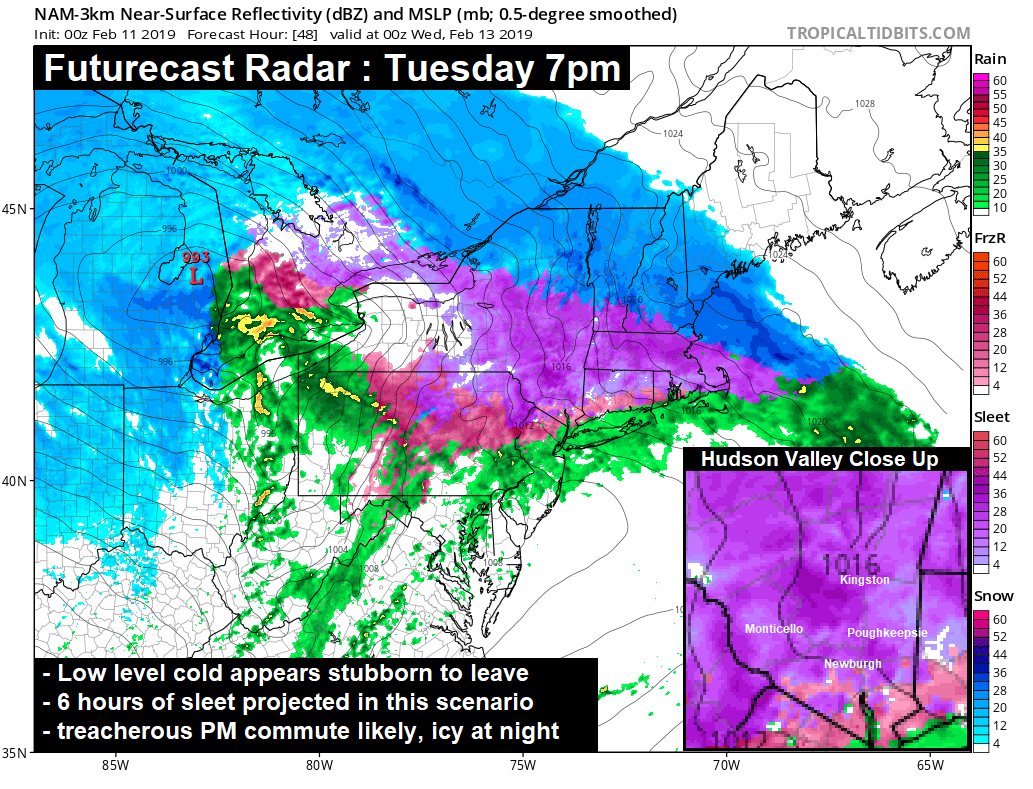 Notice how after sunset… sleet is still projected to be falling under this scenario.  This will result in a moderate accumulation of sleet pellets, which are like little icy grains of sand.  These won’t accumulate as quickly as snow does… but a half inch to an inch of sleet can’t be ruled out, and the further north you go, 1 to 2 inches of sleet can’t be ruled out.  Then, on top of the heavy grains of sleet pellet sand… we should see a period of freezing rain across the southern half of the Hudson Valley… which will put an icy glaze on top of the whole wintry mess.

As we get closer Monday night, we should have a better handle on the timing of transition from snow, to sleet, to freezing rain.  That said, the setup as it appears now, will mean an extended period of frozen precipitation in the form of sleet.  This will mean lots of early closures on Tuesday, and could possibly extend it’s problems into the Wednesday AM commute… especially if the sleet and freezing rain persists until the pre-dawn hours on Wednesday.

More details as we get closer.  Thanks for all the continued support! 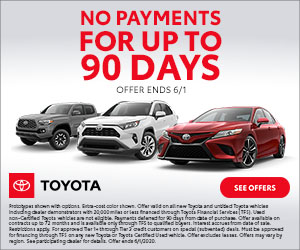