Saturday across the Hudson Valley looks to be a seasonably cold day.  We’ll have lots of sunshine to start out, and temps likely in the single digits and low teens across the region.  But during the day, we’ll see the SW wind begin to pull warmer air up from the south.  This should gradually help get afternoon temps into the upper 20s and around 30° for a high.  Not warm by any stretch… but a bit of an improvement from Friday’s bitter chill.

The clouds will roll in as the evening progresses, and that will lead to mostly cloudy skies for Saturday night.  The SW wind will prevent temps from taking a tumble Saturday night, so expect overnight lows in the low to mid 20s.

That leads us to Sunday.  Many of you have likely been hearing about a significant snow storm for Super Bowl Sunday.  That may have been the case in the alternate reality of a computer model several days ago… but while our weather for Super Bowl Sunday doesn’t look great, it’s likely not going to be nearly as bad as what some of you may have heard. 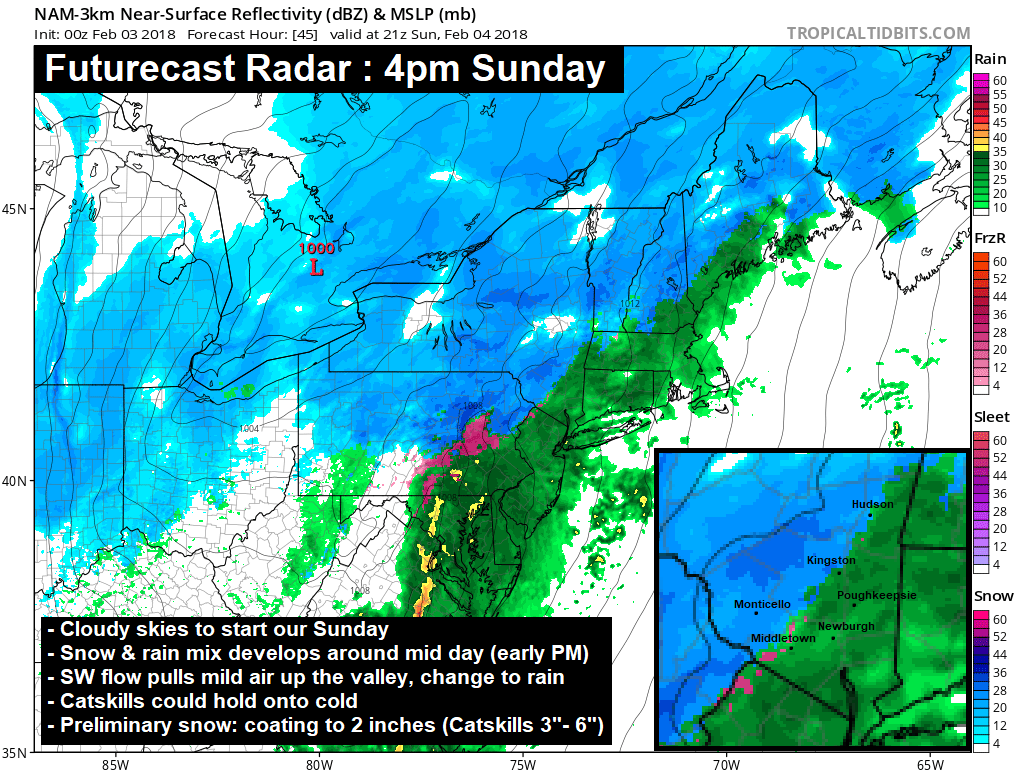 The precipitation likely arrives in the Hudson Valley between 11am and 2pm from SW to NE.  Temperatures at that time will likely be in the low to mid 30s across the valley (upper 20s to near 30°) in the Catskills.  So initially, snow could fall across the entire viewing area.  But it appears that rather quickly, the snow will mix with or turn to rain in the Hudson Valley… and by mid afternoon (4pm), it’s a rain event for many of us… with wet snow likely in the Catskills and higher elevations.  By sunset, it’s possible that we see even the Catskills turn to rain before it ends between 6pm and midnight from west to east. 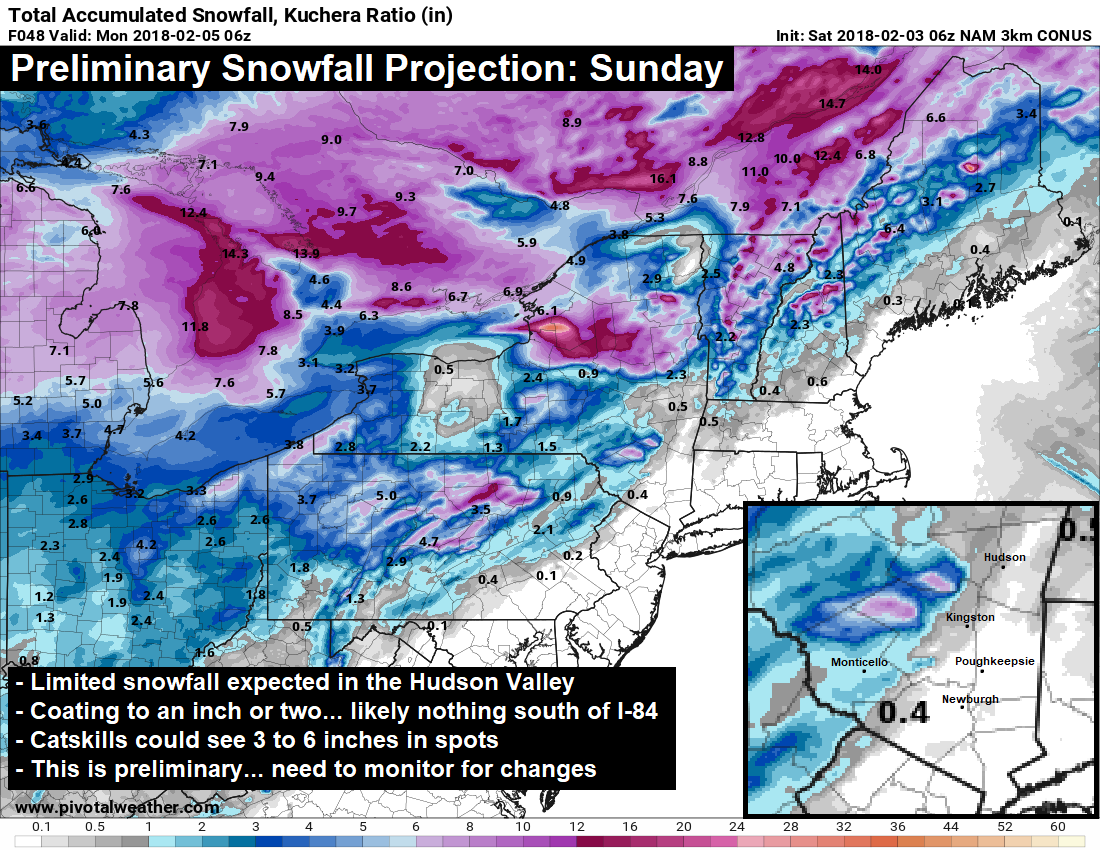 In terms of snowfall accumulations, we really don’t expect all that much in the Hudson Valley.  A coating to an inch or two should do it across the valley… and most of that is north of I-84 and away from the Hudson River in the higher elevations.  From I-84 on south… it’s possible that you see no accumulation what-so-ever, and that this is a mainly rain event.  We’ll fine tune the details over the next 36 hours, but this is what our thinking is right now.

Thanks for all your continued support… have a great Saturday!