After a seasonably chilly start across the Hudson Valley on Saturday, we’ll see sunshine filtered through a good bit of fair weather cloudiness. 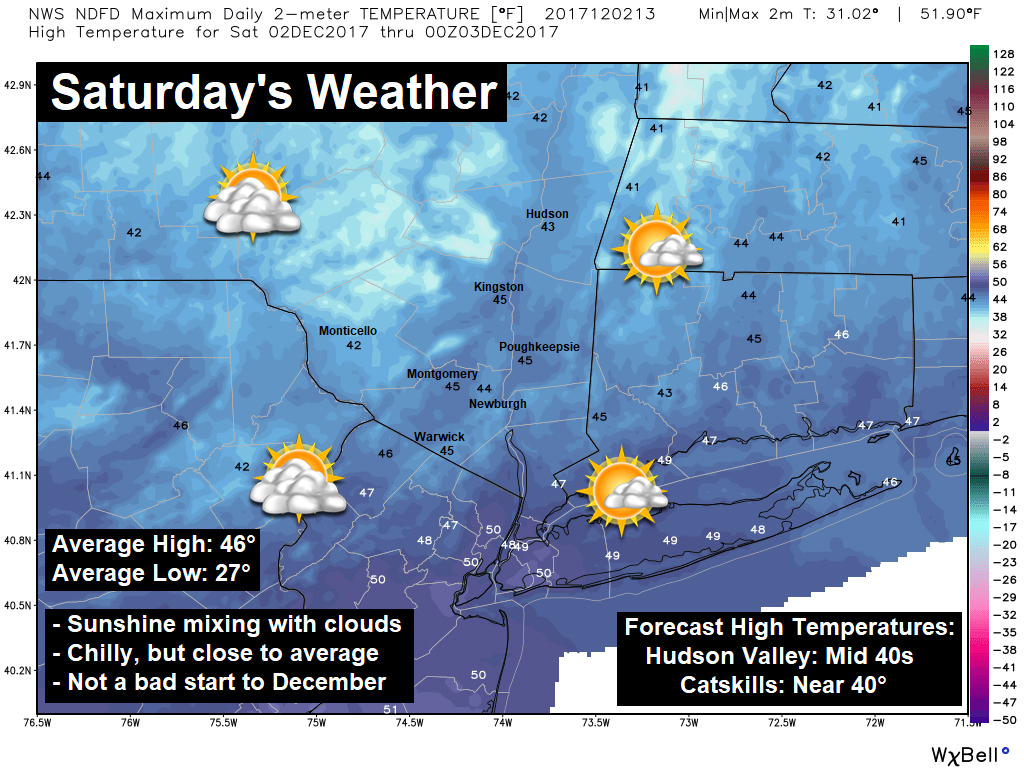 Expect a mix of clouds and sunshine for our Saturday.  Our wind won’t be much of a factor at all in today’s weather, which is a nice change of pace.  We do have a chilly air mass in place over the Hudson Valley, so you’re going to want you coat for any outside activities.  But it is December now (hard to believe)… and the average high in Poughkeepsie for this time of year is right around where we should be today.  So by early December standards, we’ve got a pretty nice day lined up… with highs expected in the mid 40s.

Sunday looks pretty nice as well, as we should have clouds mixing with a fair bit of afternoon sunshine.  Winds won’t be a factor in Sunday’s weather either, so it might be a pretty good day to do some holiday decorations.  Highs on Sunday should push into the upper 40s to around 50°.  So we’ll have a nice tranquil start to December.

That won’t last, however.  We’ve got big changes on the way, primarily in terms of temperatures.  We’re tracking a major pattern shift in the jet stream, and that will take effect later this coming week.  We’ve shared this graphic a couple times, but here it is once more.  This map shows how the projected temperatures will compare to average, over a 5 day period. 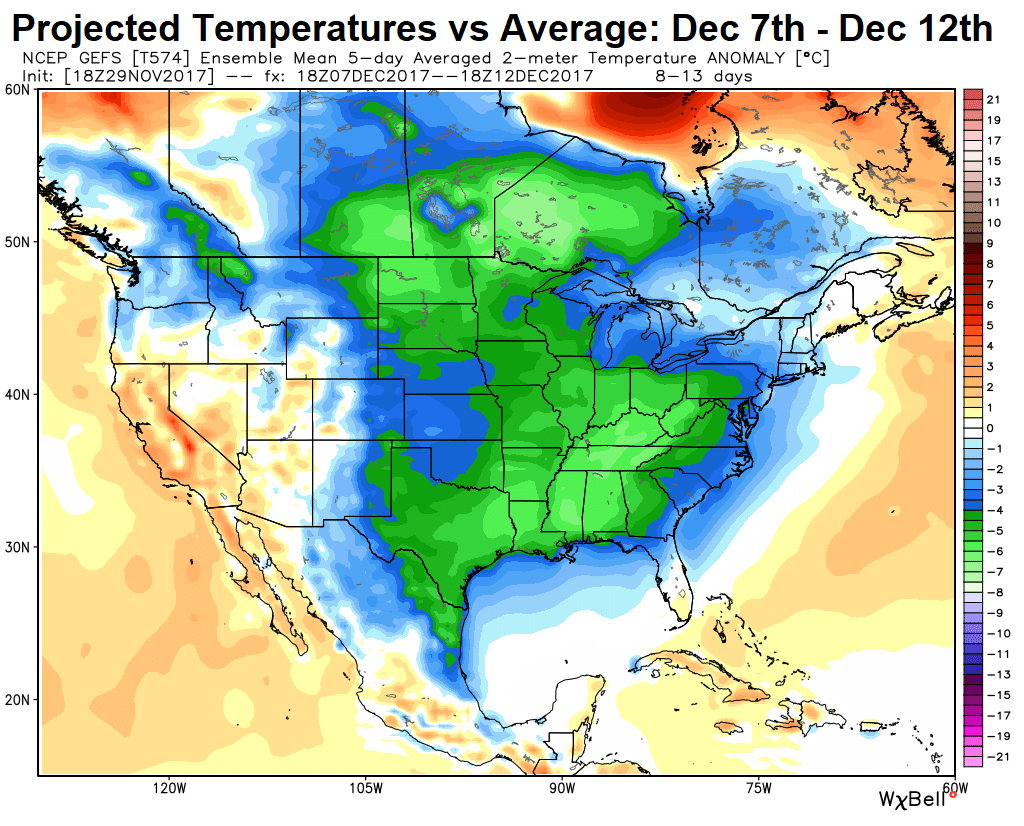