It took us a couple days to compile the data… but we finally have the recap from our Wednesday Snow to sleet & freezing rain event.  We were hoping to get some more reports out of the southern Hudson Valley (we only have 3 reports from Orange County, and none from Putnam, Rockland or Westchester).  But that’s an indication of just how little snow fell in those areas, that most of the spotters didn’t even report to the NWS.  Either way… let’s take a look: 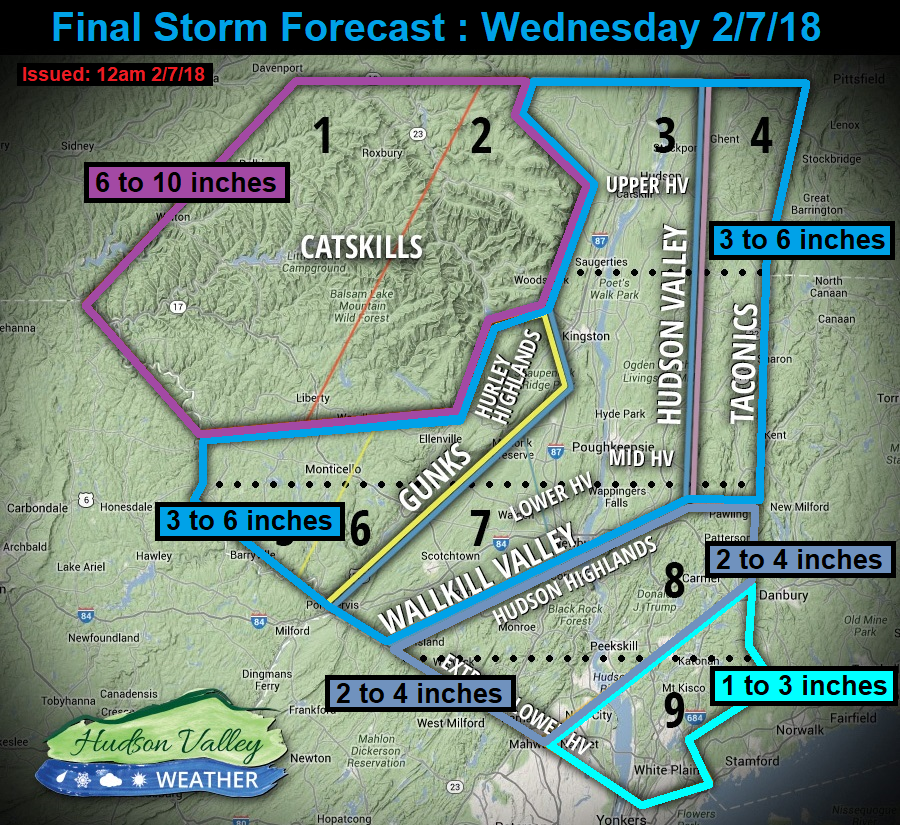 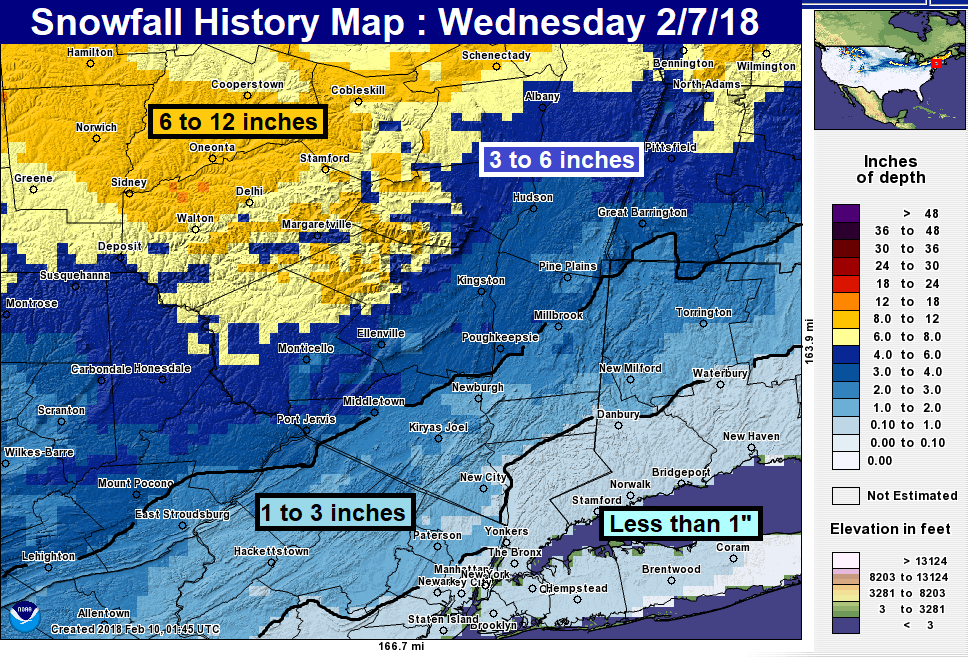 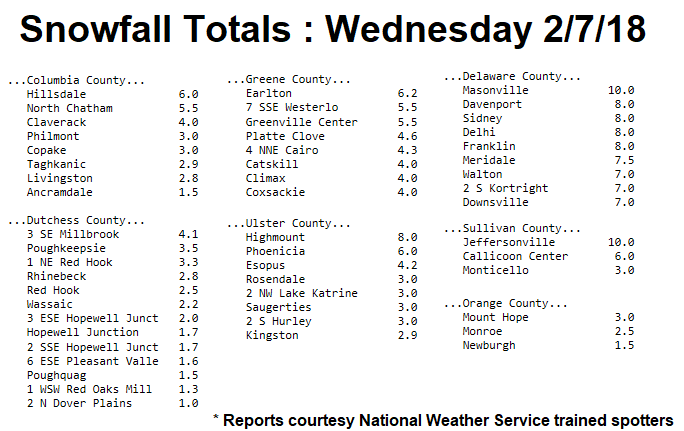 As we like to do with our recaps… we post our final snowfall forecast map; followed by the National Weather Service’s Snow History map, and snow totals.  This way we can analyze our forecast against what happened, and discuss the results.

The 1st thing that jumps out at us, is that we got the snowfall setup correct.  6 to 12 inches in the Catskills, followed by 3 to 6 inches in the valley, and steadily decreasing amounts as you pushed south and east.  Where our snowfall forecast struggled… was that each range was probably a bit too aggressive in each range.  The 1 to 3 inch area probably should have been a coating to 2 inches; the 2 to 4 inch range could have been 1 to 3; and southern part of the 3 to 6 inch range could have been 2 to 4 inches.

But we’re nitpicking perfectionists… and the end results were right around the low end of each range from about Poughkeepsie on south.  That’s largely due to the fact that there was a dry slot of moisture that moved right through the Mid Hudson Valley, check this out… 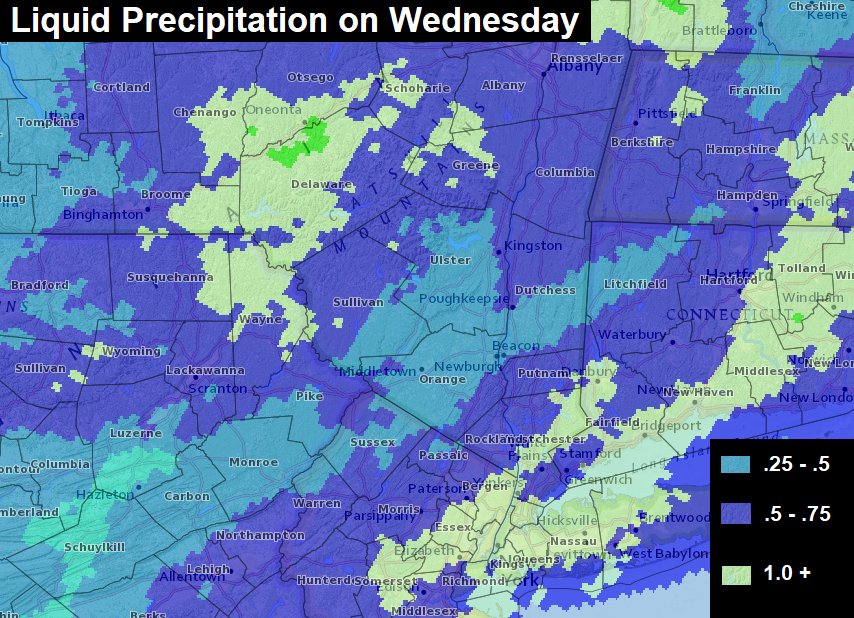 If we melted all the snow down from Wednesday, and added it with the rain & freezing rain that fell, here’s a map of what the result would be.  This map shows the liquid precipitation from Wednesday.  If you look at the Hudson Valley, you’ll quickly notice the gap in the precipitation.  The Catskills saw upwards of 1 inch of liquid moisture… and if you move into the lower Hudson Valley, you see that Westchester County saw over 1 inch of precipitation as well.  Much of the I-84 corridor, saw less than a half inch of precipitation.

This is a big deal when analyzing our snowfall forecast, because none of the data suggested that we would be in a dry slot with this storm.  We expected to see the same amount of precipitation as areas to our north and to our south.  And while we were now-casting this storm… we saw areas of heavy snow off to our north, in the Catskills, but barely anything falling across the central Hudson Valley.  To make matters worse, the dry slot of precipitation moved through right during the time we were expecting our heaviest snow to fall. 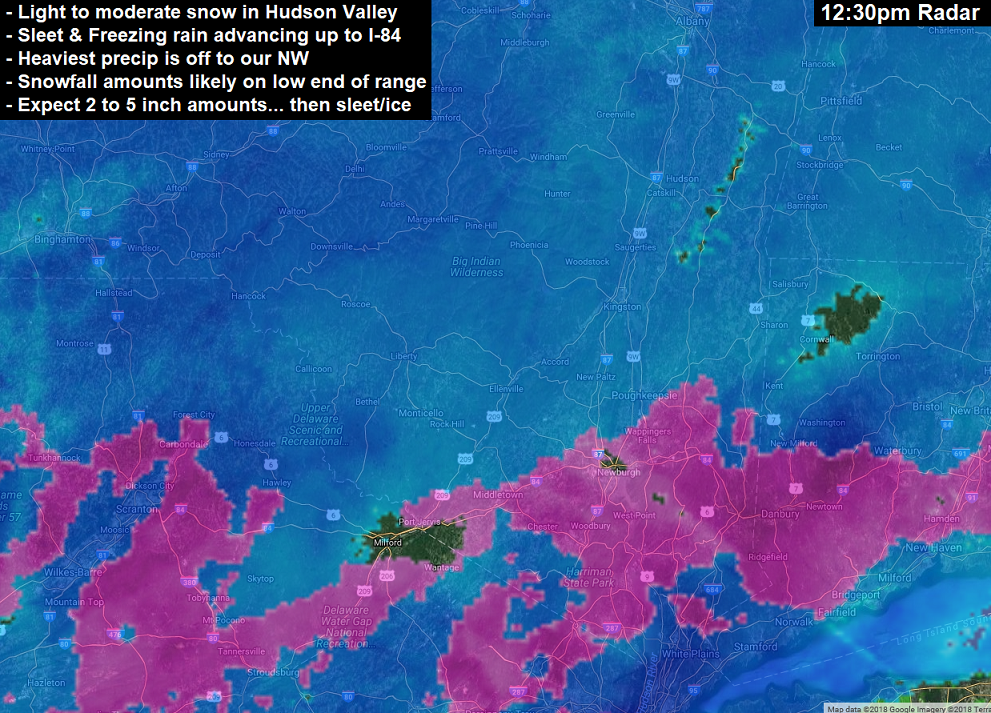 Here’s the radar image from 12:30pm… during the height of the storm.  You’ll see that instead of snowfall rates of 1 to 2 inches per hour like we were expecting... we had light snow and sleet falling across the mid Hudson Valley.  You’ll see the dark blues (heavy snow) are in the Catskills, while light snow (light blue) fell across the Mid Hudson Valley.  In fact, there are even holes in the snow shield… where northing was falling at all.

When you get an unexpected dry slot in the middle of a storm… especially right at the time you’re expecting your heaviest snow… it’s going to cause your snow totals to be a little lower than expected.  And we noticed that across the region, with many locations struggling to get to the low end of the forecast range.

But even with this giant monkey wrench thrown into the mix, we still were satisfied with the forecast overall.  The start time, change to mix time frame, and end time… were all right where we thought they would be.  And while snow amounts may have been 1 to 2 inches lighter than expected thanks to the dry slot in the storm… we still were close enough to the range.  Snow lovers may have been disappointed (we know we were )… but at the end of the day, if you trusted our forecast… this storm didn’t surprise you or catch you off guard.

Now if we could just get Mother Nature to follow our instructions, and not give us dry air during the height of the storm… we’ll be all set.  Thank you for all of your support!  You guys are tremendous!  The real time reporting that was provided by you… helped us analyze the storm all the way through.  Your information is also very valuable to your Hudson Valley neighbors, as road conditions and travel updates help people make more informed decisions.  It’s awesome to be a part of such a community.  We can’t thank you enough!

Have a wonderful weekend! 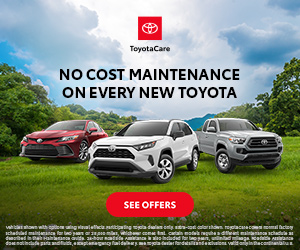