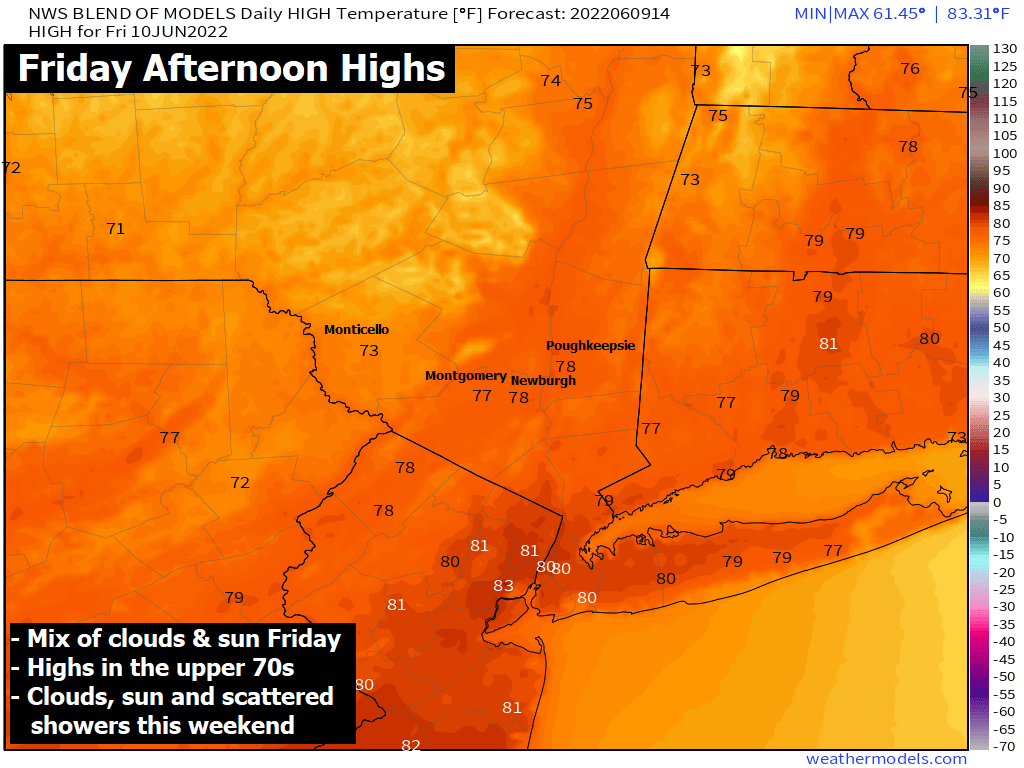 THURSDAY: Morning showers ending, followed by a mix of clouds and sunshine. High 75° to 80°. Chance of rain 70%.
THU NIGHT: Partly cloudy skies and cool. Low in the low 50s.
FRIDAY: Mix of clouds and sunshine. High in the mid 70s.
FRI NIGHT: Partly cloudy and cool. Low in the low to mid 50s.
SATURDAY: Mostly cloudy with a few scattered showers possible. High in the mid 70s. Chance of rain 50%.
SAT NIGHT: Mostly cloudy skies with a few scattered showers possible. Low in the mid 50s. Chance of rain 50%.
SUNDAY: Clouds mixing with sun… chance of a shower late. High in the mid 70s.
A good soaking rainfall moved through the region overnight Wednesday. But things have dried out as of mid day on Thursday, and a mix of clouds and sunshine are expected through the afternoon. As we push toward the weekend, Friday looks quite nice! Sunshine mixing with some high clouds, and highs in the mid 70s. However, as we move into the weekend, there will be some areas of disturbance pushing southward from Canada and the Great Lakes. These areas of disturbance will have scattered areas of rain showers. These won’t be large scale organized storm systems… so the chance of rain showers in our area will be roughly 50/50. Most of the guidance has the region mainly dry on Saturday… perhaps a passing shower here or there. Then Sunday looks dry until late in the day and evening hours, where the chance for showers increases a bit with the approaching cold front.
Keep an eye on the forecast for some changes to the details over the weekend. But the best way to summarize the forecast at this point is Clouds mixing with sun, but a little unsettled with a chance of a few passing showers. We hope you have a wonderful end of the week! 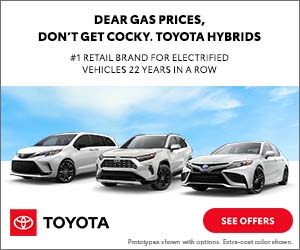