Skip to content Skip to content
Tuesday Night Wintry Mix Expected
Another weak area of low pressure will try to push toward the Hudson Valley tonight, spreading a band of snow and sleet out ahead of it. 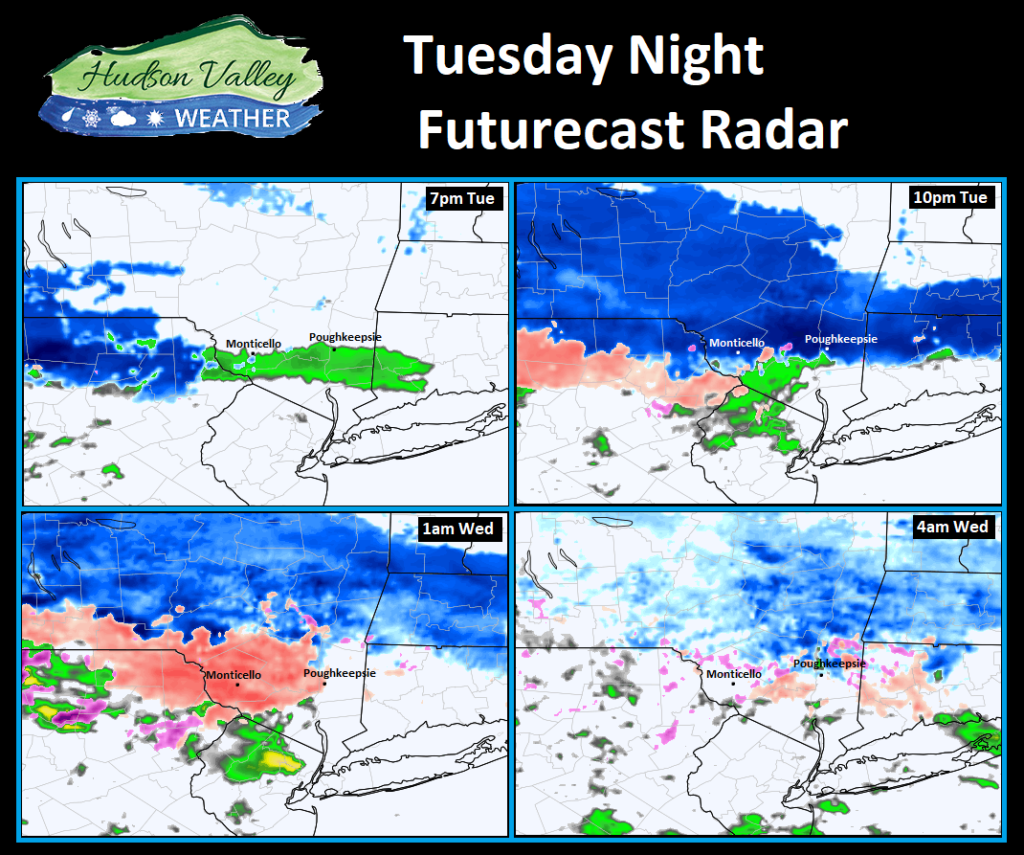 Summary:
– Period of wet snow likely after 8pm (especially north of I-84)
– Scattered light snow, sleet and freezing drizzle overnight
– Temps 32° to 36° in valley, (30° to 34° Catskills)
– Tapering off near sunrise
Precipitation pushes into the region between 6pm and 9pm from the west. Temps will be above freezing in the valley, which could cause precipitation to fall as rain showers at first. But the temps will become cold enough for snow by mid-evening. Guidance suggests the bulk of the precipitation will be north of I-84, and so that is where accumulating snow is most likely. As we approach midnight, light precipitation will overspread the entire region in the form of snow and sleet, before mixing with plain rain before ending.
In the valley from I-84 on south… roads should be mainly wet, with temps likely never falling below freezing. Not cold enough for icy or snow covered roadways. North of I-84, a period of wet snow could result in a coating to an inch or so… mainly on unpaved surfaces in the valley, where temps will likely be 32° to 34°. Even so, main roads are likely to be just wet, but some icy bridges and secondary roads are possible in spots.
As you go into higher elevations above 800ft, we have a Winter Weather Advisory in effect for Delaware, Sullivan, Western Ulster and Western Greene counties. There, you could see a coating to 2 inches of snow, with temps 30° to 32°. That could result in some icy and snow covered roads. Be sure to use extra caution in those areas.
We’ll have additional updates as the precipitation moves into the region tonight. 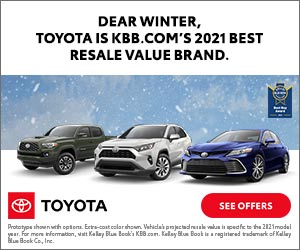