Skip to content Skip to content
A crisp start to our Tuesday around the region, as we’ve reached the mid point of September. This is a map of the satellite estimated temperatures as of 6am this morning. It’s been a while since we’ve seen widespread temps like this across the greater Hudson Valley. 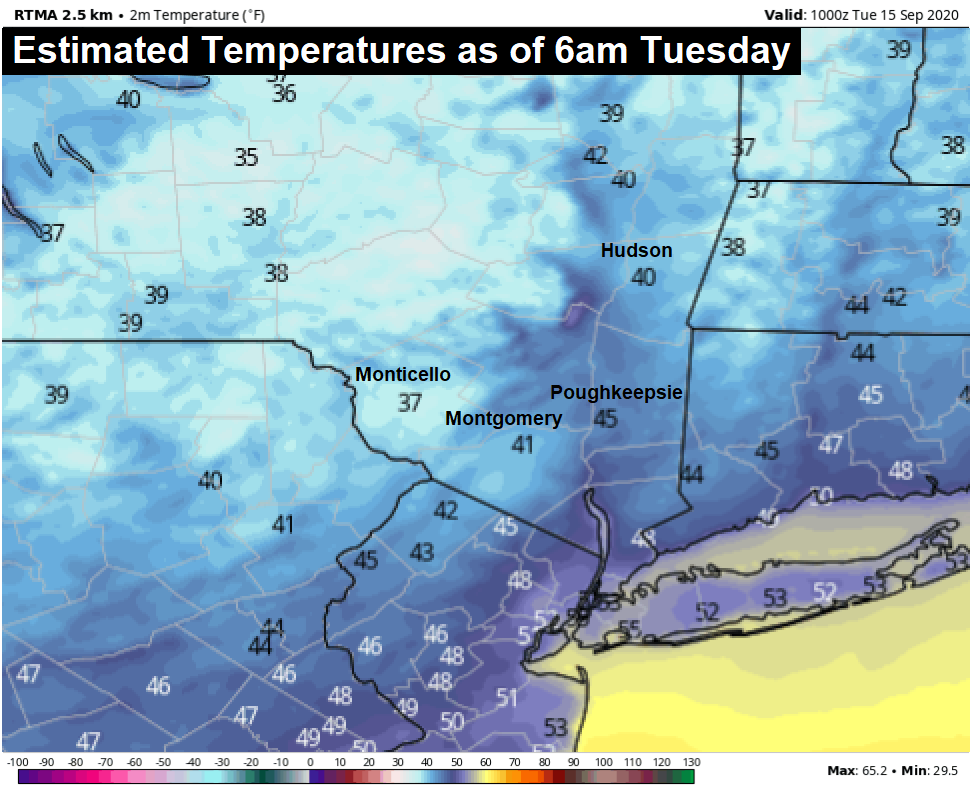 Conditions will moderate the next couple days, out ahead of a strong cold front that will arive for the weekend. Behind that cold front, the coldest air since last winter pushes in, and we may have our first frost in the coldest parts of the region.
What were the low temps this morning where you are?