While the damage out of southern Louisiana and the New Orleans area is still being assessed, our focus now turns to the remnants of Hurricane Ida. As of Monday night, Ida is now a tropical depression with max winds of 35mph. Ida is in the process of getting captured by an east coast trough which will help pull the tropical moisture northeastward, out ahead of the storm center, and possibly into the Hudson Valley.
Current guidance is represented by the futurecast radar image shown here. You can see scattered rain showers pushing into the Hudson Valley around mid day on Wednesday. Periods of light to moderate rain seem possible through the afternoon hours Wednesday into the evening hours. Wednesday night, as the center of circulation approaches the east coast, that’s when the heaviest rain is likely. The tropical moisture could produce flash flooding rainfall rates Wednesday night into Thursday morning… before exiting to the east Thursday morning. 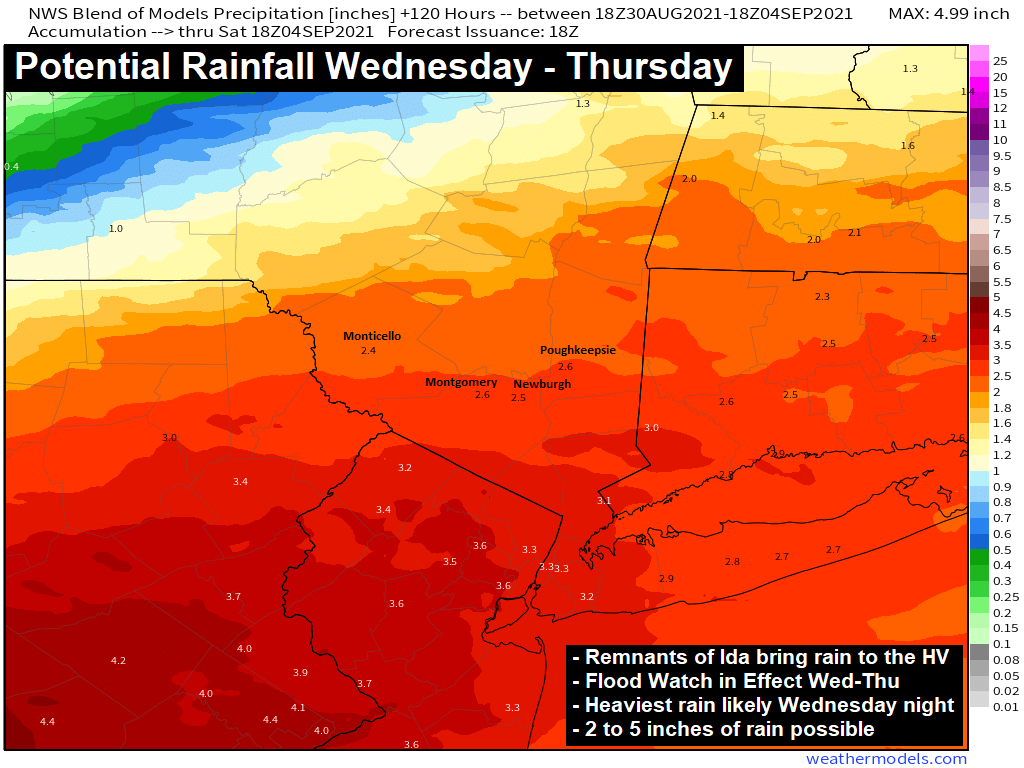