Our humid weather pattern, with the persistent southerly flow, was likely to produce a decent amount of rainfall in the region this week.  The main uncertainty, was with regard to the details and the timing.  As always happens with the weather, the closer we get, the clearer the picture becomes. 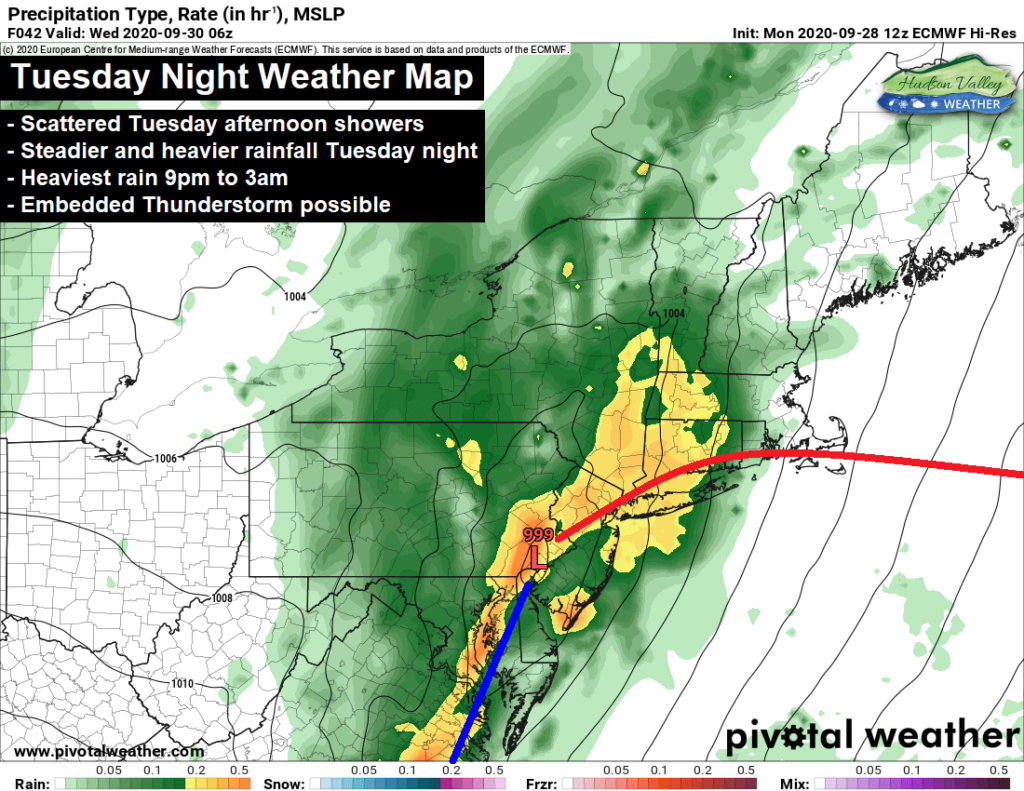 A digging trough over the Great Lakes will spin up a low pressure along the frontal boundary in the Mid Atlantic.  That low pressure will race northeastward, and with it will come a considerable amount of welcome rainfall.  The system moves quickly, and by Wednesday, sunshine should return to the Hudson Valley, with cooler temps and less humid air in the wake. 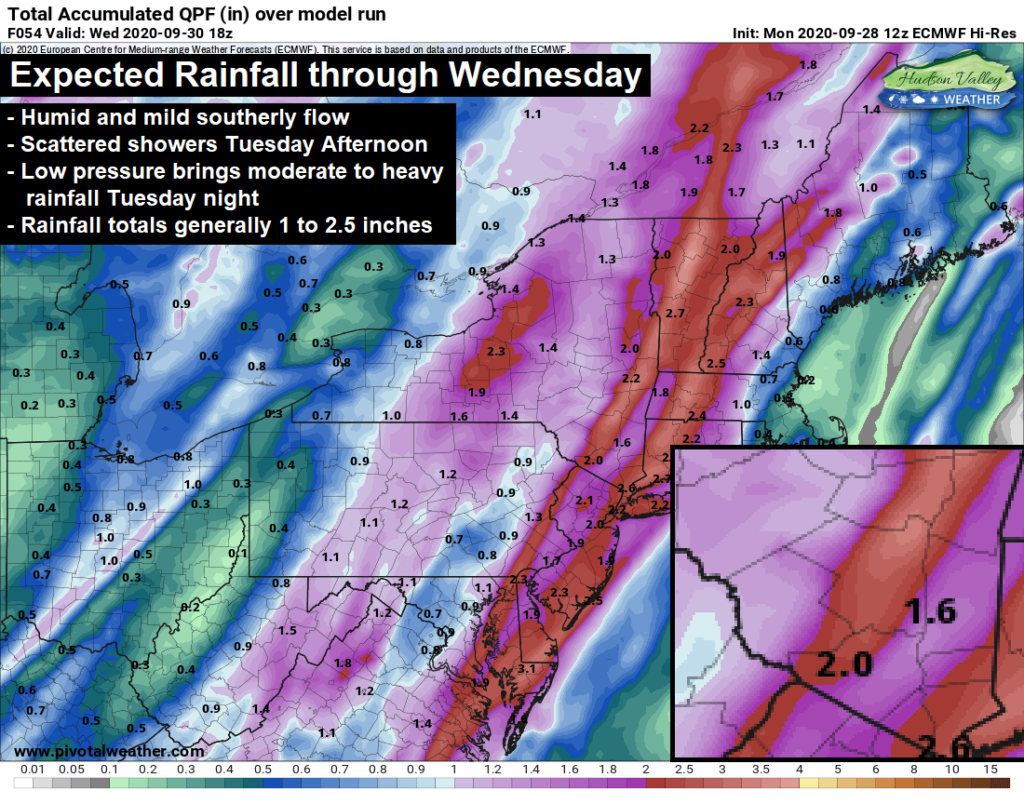 You can see that expected rainfall amounts are likely a general 1 to 2 inches, with some locally higher rainfall amounts possible.  This should help relieve some of the dryness around the region.  Behind this system, we expect a cooler and dryer air mass to move in.  Afternoon highs in the upper 60s to near 70°, and evening lows in the low 50s.  Our next shot at rain behind this storm appears to be on Friday, as another coastal storm will try to develop along the coastal trough.  Something we’ll need to monitor though the week.

Have a great Tuesday!