We’re at the point in the season where the seasons battle each other repeatedly.  The clashing air masses leads to a wide variety of weather, and in some cases, we see severe weather like we saw on Sunday evening.  Now that the mild air mass has been pushed out of the region, strong NW winds have been ushering in more seasonable air into the region…. 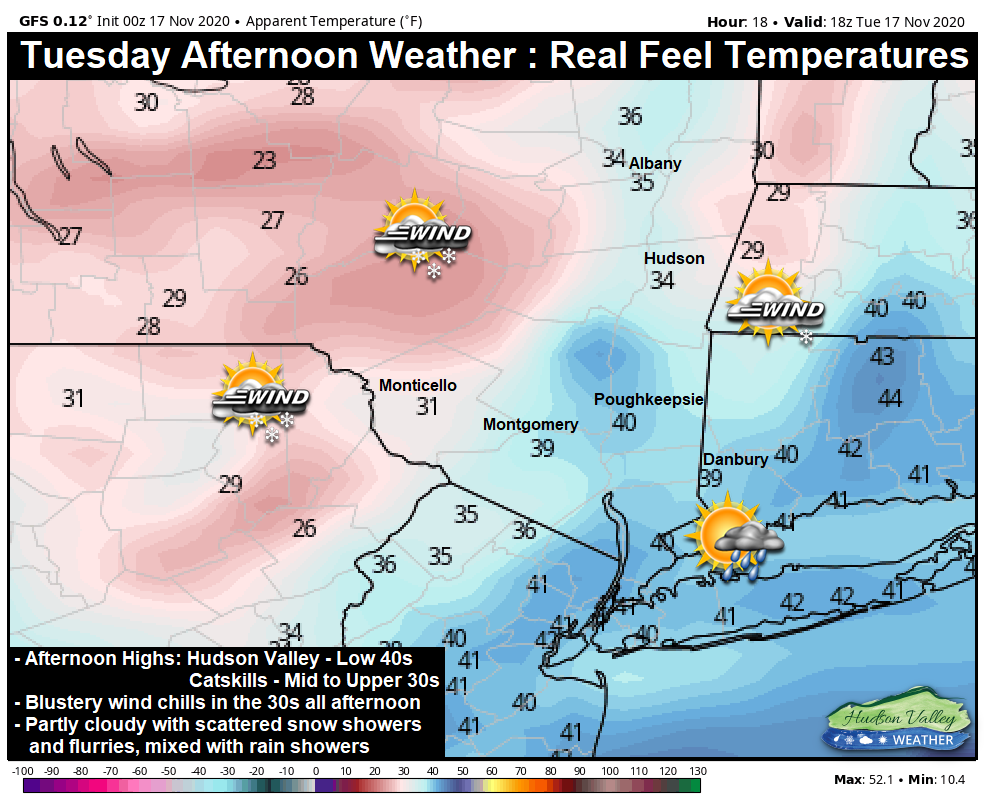 In the morning on Tuesday, with a strong WNW wind, it’s possible that scattered wet snow showers and flurries make their way all the way to the valley areas.  With afternoon wind chills projected above in the upper 30s and low 40s, conditions will feel very much like winter around the valley.  So don’t be surprised if we see a few snow flakes around the region…. mixed with rain near the Hudson Valley.

The cold will hold on for the next few days, with highs on Wednesday not climbing out of the 30s.  The winds will slowly shift around to the South by the end of the week, which sets up a milder weekend around the region, with highs in the mid to upper 50s expected.  For now, bundle up and enjoy your Tuesday.