January has started out rather wintry around the Hudson Valley.  First, we experienced a wintry mix of sleet and freezing rain on Friday of last week.  That left us with many icy spots around the region Friday night into the wee hours of Saturday morning.  Then we were left with the snow event from Sunday.  The storm was not large or significant by any stretch, but it was certainly a sign of winter being present in the Hudson Valley.  Lets take a look at what happened, and compare to what the HVW forecast was. 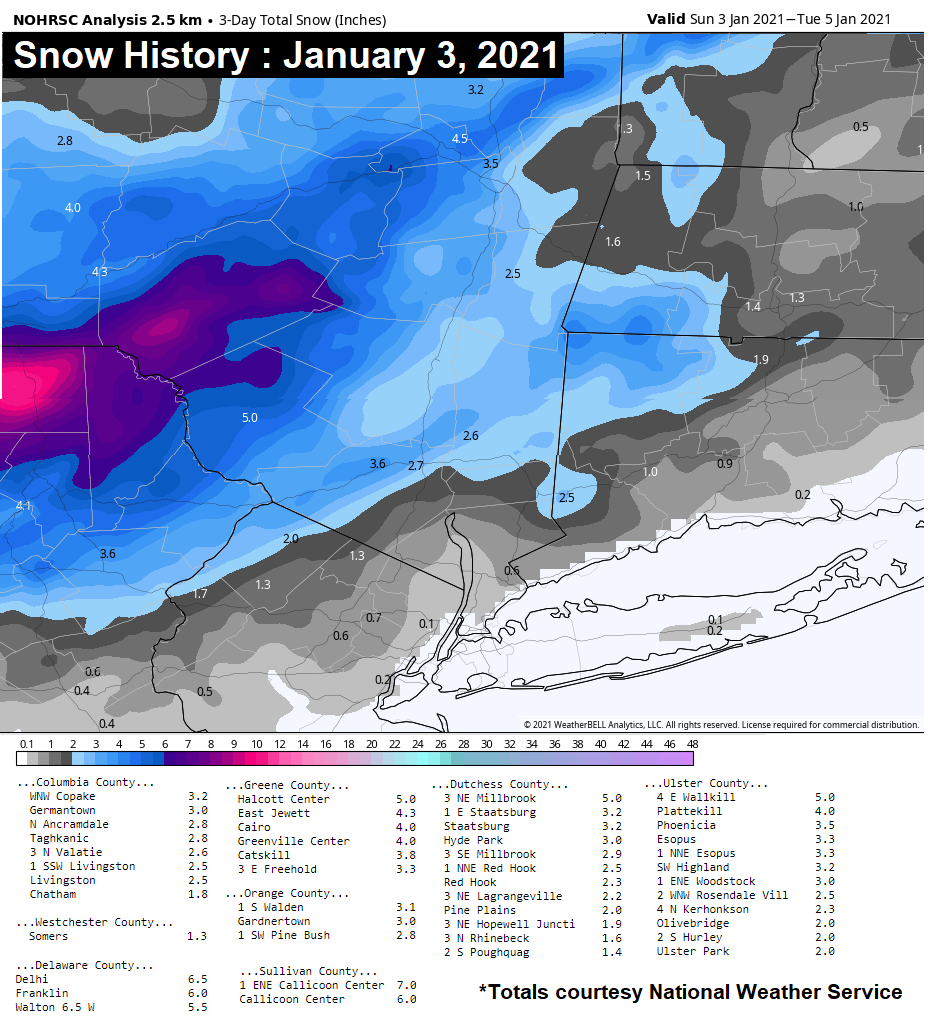 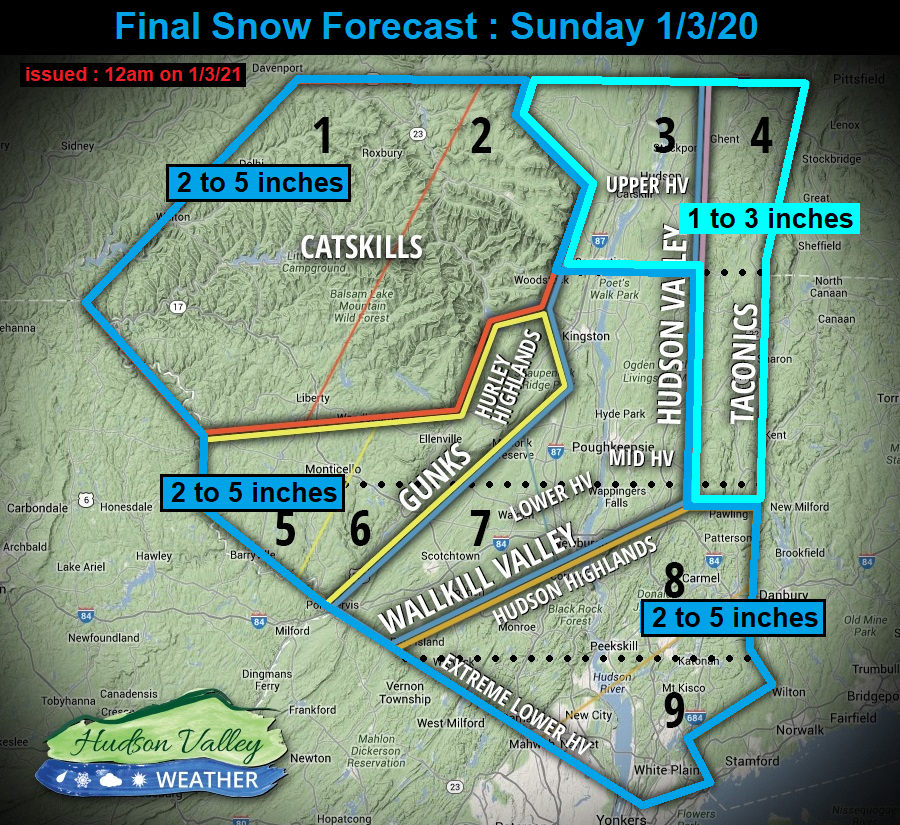 You can see that the heaviest snow was certainly in the Catskills, and just to the NW of our region.  A few reports of 6″ or so in northern Sullivan and Delaware counties.  Otherwise, a widespread 2 to 5 inches seems to have fallen across the bulk of the area.  The lowest totals were in the NE Hudson Valley, but even there, a lot of 2 and 3 inch totals fell.  So all in all, a small system, but a decent small system for an area that hasn’t seen a lot of snow in the past 24 months.

Now we’re going to get a bit of a break from the busy start to January, as our pattern looks dry and tranquil through at least the next 5 days.  Temps will be near average, in the mid to upper 30s each afternoon… while dropping into the low and mid 20s for overnight lows.  Friday into Saturday, a storm system will move through the SE US, and possibly bring snow to parts of Virginia and North Carolina, but that system is all but certain to push eastward… out to sea.  That will mean a tranquil weekend for us in the Hudson Valley.  Our next threat does not likely arrive until the early part of next week… when we will be watching another low pressure system in the Southeast US.  There are signals that the system will pull northeastward, and could possibly be another snow threat for our area by Tuesday or Wednesday of next week… roughly 7 days from now.

So the next week or so looks quiet… but that may be a well deserved break, before the pattern really gets busy for the middle and latter part of January.  A feature known as Sudden Stratospheric Warming is occurring at the top of the atmosphere.  That feature in previous winters… has signaled the beginning of a very cold and active period of weather across the eastern US.  We’ll have to keep our eyes on the pattern as a whole, but the early signs are that the model data is sensing this change in the overall pattern.  So it appears that we could be very busy for the 2nd half of the month… we’ll let you know how it’s looking as we get closer to mid month.

Have a great Wednesday!