The pattern this winter has not budged, and this storm will be no different.  We’ll go through the details, but by now… you probably have a good idea of how this storm will play out. 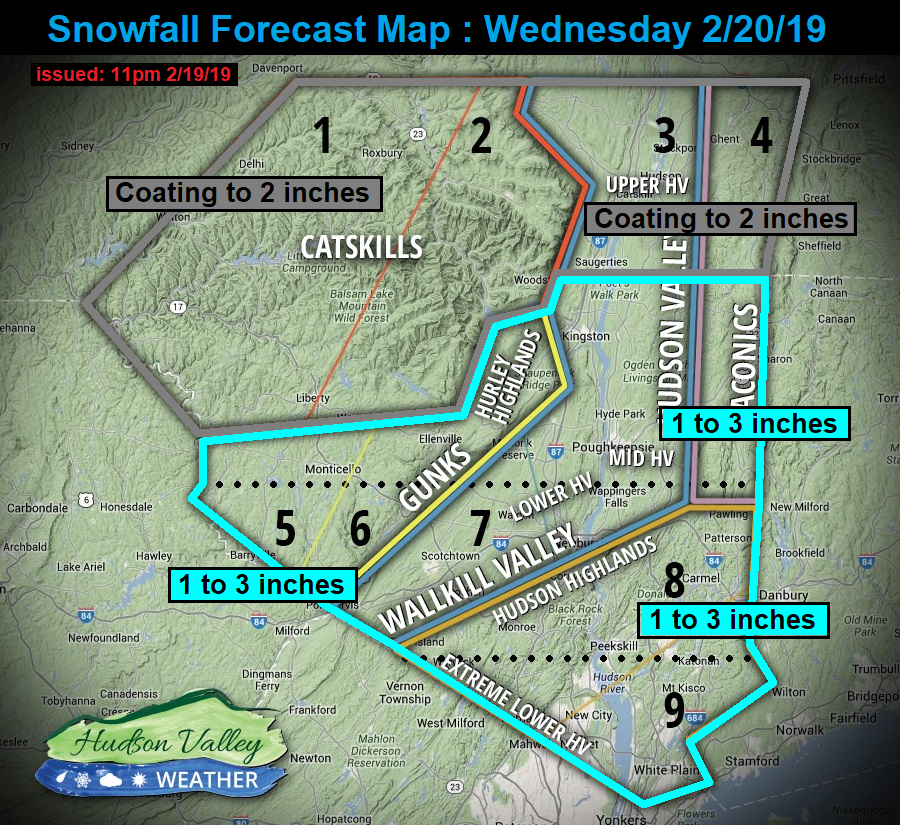 No real changes from our Monday night discussion.  Plenty of strong cold air in place across the Hudson Valley, as we see a storm system primed to attack the cold air.  As the storm pushes northeast, the warm air will overrun the cold air and provide us an overrunning snow event.  The start timing on this could be as early as 11:30 pm in places like Port Jervis, but in general, the flakes begin to fly between 12pm to 3pm from SW to NE. 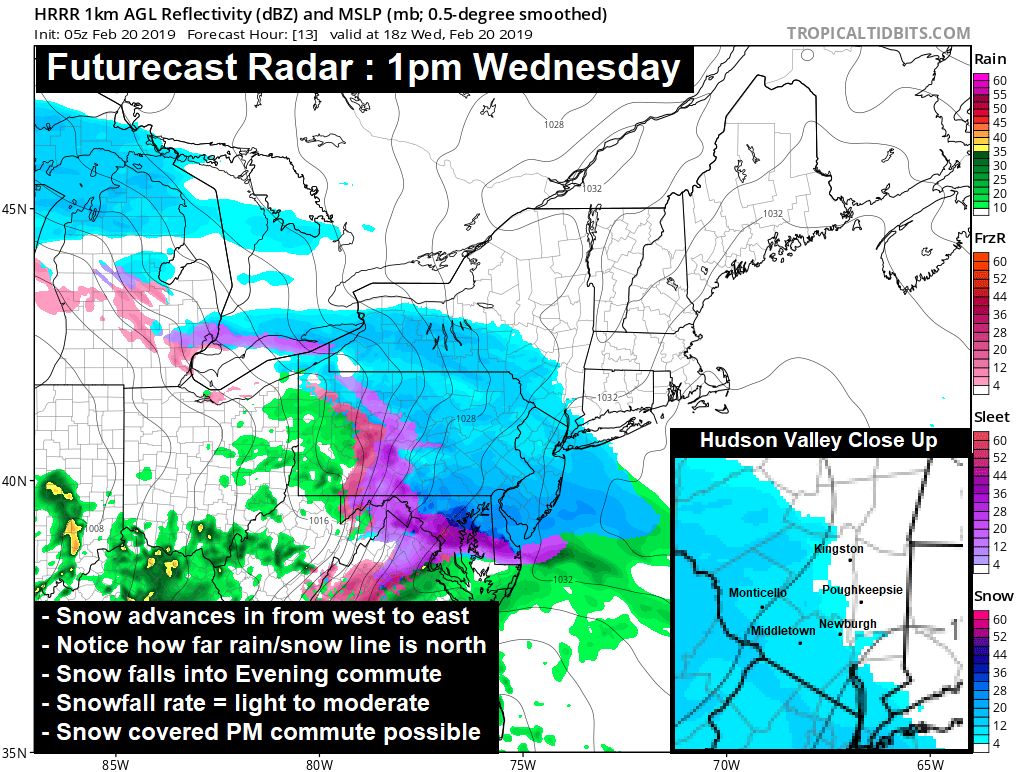 The snow doesn’t appear likely to fall heavily in the early afternoon.  In some storms, it goes from cloudy to heavy snow in a short amount of time.  This storm seems likely to start as light snow for several hours, in part because of the weakening of this system as it arrives.  So by the time the PM commute arrives… a general 1 to 3 inches of snow are expected… 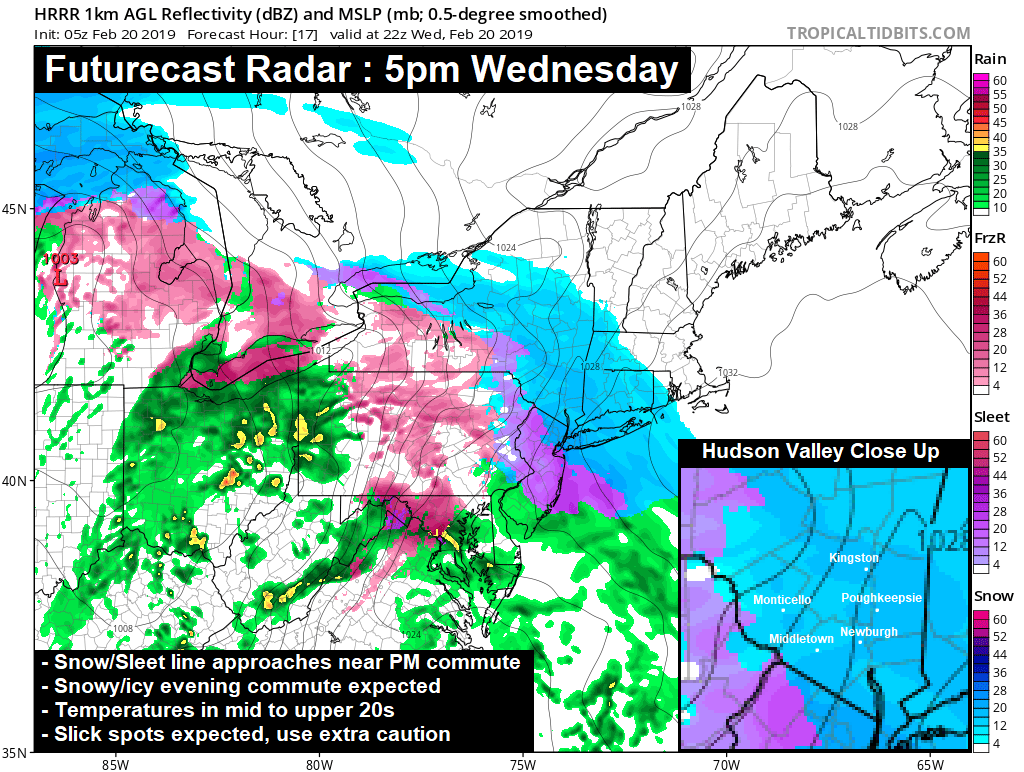 The highest snow amounts (amounts closest to 3″) will be the closer you get to the NY/NJ border.  That’s where the snow rates will be highest, and where the snow will fall for the greatest period of time.  The lower snowfall amounts (Coating to an inch or so) will be further north, in Columbia and Greene counties.  There, the snow looks quite light, and starts later.  But as you can see on this simulation… once the sleet (purple) moves in… we are expecting an extended period of sleet and freezing rain (pink)…

Temperatures Wednesday night are expected to stay at or just below freezing, meaning icy conditions are possible as the sun rises on Thursday.  Indications are that ice amounts will be under 0.25″, so power outages and down tree branches are not a widespread concern.  However, these icy conditions could linger to start our Thursday AM commute, something we’ll have to monitor as we go through the event.

This is by no means a significant winter storm.  But it’s enough that we have to deal with it, because the 6 to 8 hours of sleet and light freezing rain that are expected could cause travel troubles Wednesday night… and we want everyone to be properly prepared.  Just be prepared to allow for extra time, due to the likelihood of icy travel conditions